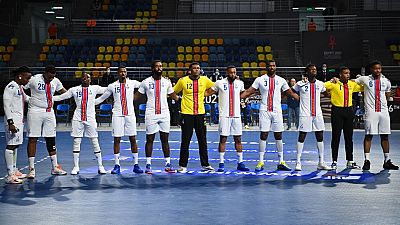 Cape Verde has left the World Handball Championship in Egypt after it was beaten by an unpredictable opponent.- the coronavirus.

The Archipelago nation arrived in Egypt with 11 players, two of whom tested positive. The players tested positive to Covid after the match against Hungary which it lost. As a result, the selection had only 9 players left but at least ten players are needed to participate, according to the rules issued by the International Handball Federation.

The country thus "decided to withdraw", according to the International Handball Federation. Even if the FIH delays, "The necessary arrangements are being made to allow the return of the team to Cape Verde", the organizing body for the games said

A tournament disrupted by the virus

Hungary, which faced Cape Verde, is in the line of fire. It is difficult to know if positive cases will be recorded in this team.

Already, on the eve of the opening match on Tuesday, Czech Republic and the United States had already given up coming to Egypt because of a massive exposure of their squad to Covid.

With the misadventure of Cape Verde, the 2021 edition "looks a bit like a circus".

"I have the impression that in three to four days, we put the key under the door and everyone goes home. It's a bit weird and the nation that manages to put all these problems aside (...) has a good chance of going far in this competition. ", said French team leader Kentin Mahé on Sunday.

Cape Verde is one of the three new first timers at the competition along with Uruguay and the Democratic Republic of Congo. The final will be held on January 31 against the backdrop of covid-19.