France is "determined to continue to accompany" Burkina Faso, which has been plagued by an unprecedented increase in violence with a jihadist majority for more than five years, French Foreign Minister Jean-Yves Le Drian said Friday in Ouagadougou.

"France is determined to continue to accompany Burkina Faso in the field of security and in its economic and social development policy," Le Drian said after a "long discussion" with Burkina Faso President Roch Marc Christian Kaboré.

The minister said he was in Ouagadougou for a "support visit" after the re-election in November of President Kaboré who is beginning his second term.

At the beginning of 2020, following a series of deadly attacks against military camps of the three countries in the region known as the "three borders" between Mali, Burkina Faso and Niger, France and the Sahelian countries decided together to step up action.

"We have achieved success in the "three borders" area," said Mr. Le Drian a year later, adding that "we will soon have the opportunity with the G5 Sahel countries (Burkina Faso, Mali, Mauritania, Niger and Chad, editor's note) and international partners to consider the continuation of the commitments we made in Pau".

A summit is planned in N'Djamena in Chad in February.

France has been present in the Sahel since 2013. It currently has 5,100 troops engaged, but is currently examining this level of commitment. 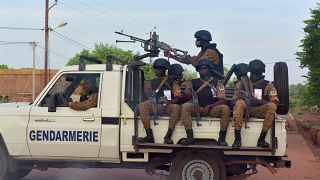