The Academic Staff Union of University in Nigeria has suspended its strike on condition, ending a 9-month long industrial action.

National president of the union, Biodun Ogunyemi, made the announcement on Wednesday at a briefing in Abuja.

He said the development followed the agreement reached with the Federal Government and a meeting with its National Executive Council (NEC).

But he said the strike would be back on if the government fails to stick to the agreement.

Ogunyemi said the suspension of the strike takes effect from Thursday, December 24.

The union sympathised with students for the harm caused during the strike action which began in March 2020.

It has warned that it would strike again without notice, if the government fails to honor its part of the agreement reached with the university lecturers.

The decision follows the release of some 165 million dollars (65 billion naira) by the government to address concerns by the university lecturers. 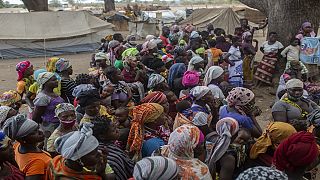