On the 10th anniversary of the events that sparked the Arab Spring, protesters in the central Tunisian town of Sidi Bouzid demanded a "new revolution" on Thursday.

In response to the demonstration, authorities cancelled a local ceremony to commemorate the self-immolation of Mohammed Bouazizi a decade ago.

Street vendor Bouazizi set himself aflame in front of a government building to protest humiliation by police who seized his cartful of merchandise.

He later died of his burns.

The act triggered protests across Tunisia that led to the downfall of autocratic president Ben Ali, who ruled for 23 years.

it ignited the spirit of revolution that spread to countries such as Egypt, Yemen, Libya and Syria.

But Sidi Bouzid is an economically troubled region and like much of the country is still waiting to reap the rewards of the revolution.

The national unemployment rate is 15% in Tunisia and the country is struggling economically and targeted by murderous terror attacks.

But Tunisia emerged from the Arab Spring as a rare example of a stable but struggling democracy in the Arab world with numerous elections regarded as democratic and a constitution guaranteeing freedoms and rights.

The anniversary of the uprising is regularly marked with an "international festival" organized by the workers' union featuring outdoor concerts, sports and conferences.

This year's event is called "Ten Years … The Wait is Long."

It was reduced from its usual 10 days of events to four by constraints linked to the coronavirus and because of the tense social situation due to the disappointment felt by the population, according to the festival director Youssef Jellali. 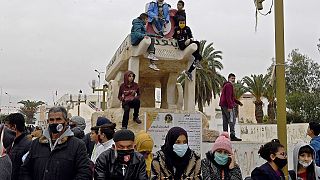 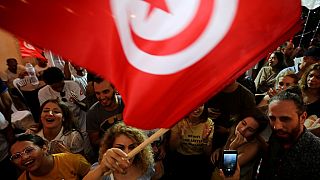 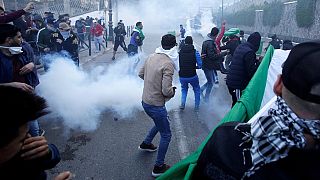