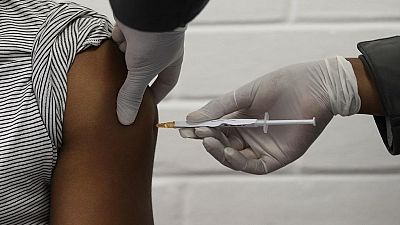 Namibia has appointed a technical team to look into logistical requirements of importing a COVID-19 vaccine.

The southern African country’s minister of health said the team was instructed to study the storage, transport and distribution needs, local newspaper The Namibian reported on Friday.

Namibia lacks the infrastructure needed to store or distribute a COVID-19 vaccine. Most of the vaccine candidates so far require ultra-cold conditions for storage and distribution.

Namibia has paid $1.9m to the COVAX programme, a global initiative aimed at working with vaccine manufacturers to ensure equitable access to safe and effective vaccines - to secure the medicines for her people.

The country targets to vaccinate 20% of its population. Frontline health workers and people of advanced age will be the first recipients of the jabs.

The country has a population of nearly 2.5 million people.

Neighboring Angola on Thursday said it expected to receive five million doses of a COVID-19 vaccine in February 2021.

Egypt on Thursday took delivery of the first batch of China’s Sinopharm vaccine.

Morocco on Wednesday announced that it was gearing up for an ambitious COVID-19 vaccination program, aiming to vaccinate 80% of its adults in an operation starting this month.

The North African kingdom is pinning its hopes on two vaccine candidates, one developed by China’s Sinopharm and the other by Britain’s Oxford University and AstraZeneca.

It seeks to vaccinate 80% of its adults, or 25 million people, as soon as the vaccines get regulatory approval.