LeBron James, star of the Los Angeles Lakers has signed an 85 million USD contract to stay on the team for two more years, as communicated on Wednesday to the media by his sports agent, Rich Paul of Klutch Sports Group.

The extension of his contract will take James through the 2022-23 season — garnering him 20 seasons in total in the National Basketball Association (NBA) i.e. 11 seasons with Cleveland over two stints, four with the Miami Heat and at least five in Los Angeles with the Lakers.

James is now set to see his career earnings from his NBA contracts approach 435 million USD by the end of this extension.

The almost 36-year-old basketball player — who was named the 2020 NBA Finals MVP after leading the Lakers past the Heat in six games and is the first player in NBA history to win the award with three franchises as he was Finals MVP with the Heat in 2012 and 2013 and with the Cavaliers in 2016.

The basketball star averaged 25.3 points last season and led the NBA in assists with 10.2 per game and currently ranks #8 on the NBA's career assists list. James also ranks #3 on the scoring list with 34,241 points, #15 in 3-pointers made and #48 in rebounds. 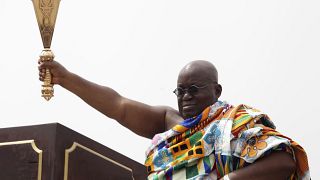