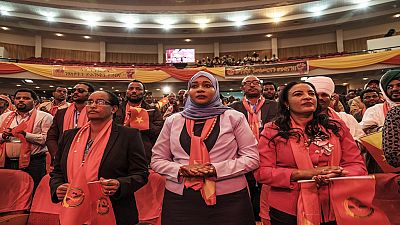 “One of nine central committee leaders of the TPLF, Keria Ibrahim, has surrendered to federal forces,” said a tweet from the government’s Tigray taskforce.

Keria Ibrahim was once the speaker of the house of federation in the country’s upper house chamber. She later resigned this year June just before the postponed August elections. Keria was also the Tigray Region Head of Civil Service and a Chief Administrator of Debub Misraqawi Zone before becoming speaker.

This information could not be verified from the Tigrayan forces due to lack of phone and internet communications in the Northern region that has been embroiled in fightings.

Keria was once a critic of Ethiopian Prime Minister Abiy Ahmed even before she resigned. She was among the nine senior TPLF leaders declared wanted by the Ethiopian Federal government.

In its statement the Government of Ethiopia has urged other for TPLF fugitives to follow Keriya’s suit.

Federal authorities have launched a manhunt for TPLF leaders since army forces on Nov. 28 took control of the regional capital, Mekele, the last bastion of the TPLF, ending weeks of clashes.

Now, each government sees the other as illegal, with the TPLF objecting to the delay of national elections because of the COVID-19 pandemic. Abiy's government is infuriated by the Tigray region defiantly holding its own vote in September. Civilians are caught in the middle of what some experts have described as a conflict akin to an inter-state war.

The TPLF alone has been estimated to have a quarter-million fighters. 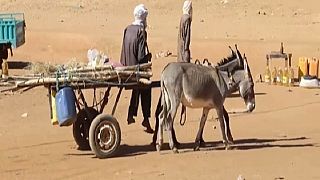