The electoral commission announced that the ruling party only obtained 56 seat and therefore does not reach the absolute majority of 64 seats, out of a total of 127. Kabore’s party which won the recently concluded election in the first round with 57.87%, can however obtain this majority through a coalition with other minor allied parties.

Political analysts now point at possible union between Kabores’s party and the New Times party that belongs to current Minister of Transport, Vincent Dabilgou, which supported his candidacy.

It can also count on other small parties, such as the Union for the Renaissance / Sankarist Party that clinched 5 seats, the RPI with 3 seats and the PDC that has 3 seats.

The Congress for Democracy and Progress (CDP), the party of former President Blaise Compaoré, driven out of power October in 2014 after 27 years in power, became the second political force with 20 seats. Its candidate, Eddie Komboïgo, came second in the November presidential election with 15.48% of the vote. 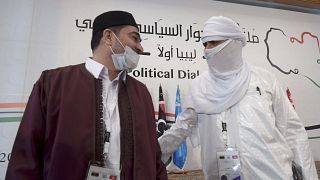