Tkhal, wearing a red T-shirt and yellow trousers, wanders the dusty streets of "Village Eight", a transit point just across the border into Sudan that has rapidly swelled into the size of a small town.

It is the first stop for many of the Ethiopians fleeing their homeland.

Tkhal holds up a box of chocolate cakes, as she shyly approaches potential customers.

"My father gives me a box of 50 cakes every morning that I sell," she said. "I work from morning to night."

Over 43,000 refugees have crossed into Sudan since fighting broke out in Tigray on November 4, the UN High Commissioner for Refugees Filippo Grandi said Friday, as he visited Sudanese camps crammed with those fleeing the conflict in northern Ethiopia.

While praising Sudan for upholding its "traditional hospitality to people in need", Grandi warned that the host country also "urgently requires international assistance to support its efforts."

Hundreds have been killed in fighting between the federal government of Ethiopia's Prime Minister Abiy Ahmed and dissident forces of the regional ruling party, the Tigray People's Liberation Front (TPLF).

On Friday, Abiy is due to meet African Union envoys to discuss the worsening conflict, after he ordered the army to launch a final offensive against Tigrayan forces.

But while conflict rages at home, many of the refugees in Sudan are already eking out a living in their new surrounds.

Taray Burhano, 32, walks the streets selling cigarettes -- one-by-one, not by the pack.

"I'm not making a fortune," said Burhano, who, like many, escaped with only what he could carry for the hard trek across the baking hot bush.

"But at least I don't sit around and think about what happened to us."

Once a sleepy settlement, Village Eight is now a busy centre.

Chekhi Barra, 27, sits on the ground waiting for clients.

"Until a solution to the fighting is found, something has to be done," he said, adding that while aid is trickling in, people need more than what is provided.

Barra fled with his wife and son from their home in the town of Mai-Kadara, where Ethiopia's rights watchdog this week said at least 600 civilians were massacred.

Using the little cash he took with him, Barra invested in a box of 100 bars of soap, a basic necessity that he knows will generate a profit when sold individually.

"I sell them for twice as much as I bought them," he said.

Despite losing their homes and businesses, the new Ethiopian arrivals to Sudan are not wasting their time.

"As soon as I arrived, I went to buy coffee, cups, sugar and a coffee-maker", the 23-year-old said, as customers crowded around her traditional Ethiopian flask brewing on a charcoal brazier.

Buhano Amha, 28, has built a stall where he sells tomatoes and onions.

"I get my supplies three times a day, because the goods sell quickly," he said.

Even small restaurants and bars are opening up -- built from any materials people can find.

Taklay Manott, 49, said he ran the biggest restaurant in the Ethiopian town of Humera before he fled.

In Sudan, he has hammered together a small cafe, with wooden planks for walls and a thatch grass roof for shade from the blazing sun.

"I lost everything," said Mannot, who borrowed money from a Sudanese businessman to set up his new cafe.

The restaurant is a basic shack, with six chairs and two tables, and he no longer has a complex menu.

The only dishes on offer are fuul -- the staple Sudanese dish of fava beans -- and eggs.

But amid the gloom, Mannot is looking to the future -- and he has no plans to go home.

"I will not return to Humera," he said. "I have nothing more to do there." 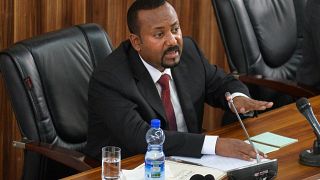 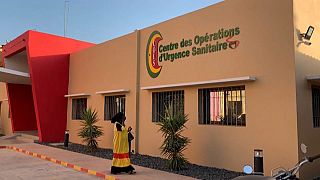 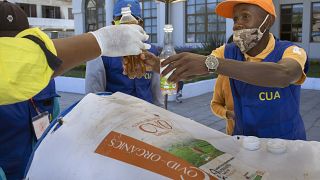