On 17-21 November, Cyclone Gati formed in the Indian Ocean and made landfall on the 22nd near Xaafuun and the northern tip of northeast Somalia. It is the strongest storm on record in Somalia. Twice the annual average of rainfall was expected to fall in two days. Bosaso reported 128 mm in 24 hours and extensive damage was reported in Bari region. In the past two days, Gati has moved in a westerly direction along the coast of northern Somalia towards Berbera and weakened as it headed into the Gulf of Aden.

Despite the Coronavirus pandemic, the horn of Africa is now faced with locust infestation.

Owing to the poor security state, economic decline and the devastating pandemic, the World Food program WFP and Food and Agriculture Organization FAO have warned that this might drive the country into acute levels of hunger and famine.

The UN agencies further warned that the new wave risks spreading to other regions in the vast Eastern Africa that includes Kenya, Ethiopia and Uganda.

The recent cyclone and floods experienced in Somalia are expected to allow widespread breeding.

Earlier in the year, billions of the insects destroyed crops across the region – with the UN warning a second generation would be even more destructive.

Tens of thousands of hectares of cropland and pasture were damaged across the Horn and East Africa during the first wave.

In Ethiopia between January and April, locusts destroyed 1.3 million hectares of grazing land and nearly 200,000 hectares of crops, resulting in the loss of 350,000 tonnes of cereals 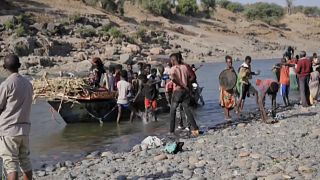 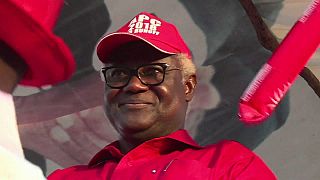