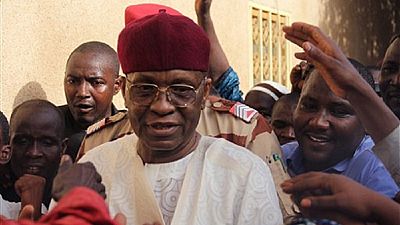 Tandja, won election twice after the country's return to civilian rule in 1999. He was overthrown ten years later following an alteration of the constitution to stay in power.

Tandja's death was announced in statement read on national television, with a decree of three days of national mourning.

President Issoufou Mahamadou took to Twitter to express condolences to his family.

''To his grieving family, and to the Nigerien people, I extend my sincere and sincere condolences. That his soul rests in peace'', he said.

As a retired army colonel, Tandja promised to restore stability to the West African nation after he won elections in November 1999.

He was re-elected in 2004, a first in Niger and was sharply criticized by opponents a year after over his handling of a hunger crisis, caused by drought and locusts plague.