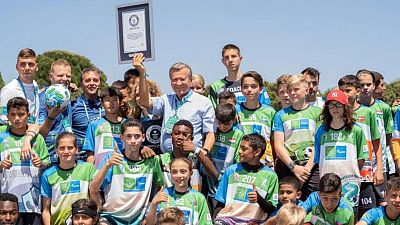 The coronavirus pandemic may have put sports events on hold but the lessons of resilience the beautiful game teaches can still be passed on, even if it comes online and not from the pitch.

“We are far apart but we can still make small changes to change the world together,” says 14-year-old Irintsoa Rakotomamonjy, who participated in this year’s digital International Children’s Social Programme Football for Friendship (F4F).

The annual event, which is supported by UEFA and FIFA, has been organised by Gazprom since its launch in 2013.

The programme enables children from all over the world to meet in cities ranging from Madrid to Moscow, where they don’t just play football, attend the FIFA world cup and mingle with football‘s superstars, but also promote the values of sport.

In 2019, the Gazprom International Children’s Social Programme Football for Friendship earned a Guinness World Records title for the most nationalities in a football training session in history.

This year, the programme is trying to prove a global pandemic isn’t a barricade by aiming to set a new record with the most participants for an online sporting event.

“Even in difficult situations there are ways for us to be together and set a goal together as a united team spirit,” says Irintsoa who spoke from Antananarivo, the capital of Madagascar.

As well as being able to play football with other children online, participants have been able to forge relationships digitally and were given the opportunity to be sports journalists.

The aspiring reporter was a co-presenter for their Good News Editorial show, which grouped four young reporters from Luxembourg, Namibia, Madagascar, and the Netherlands, to spread positive news.

She says she is still in touch with a number of participants who live in countries such as Denmark, which is some 5,000 miles away from her home. 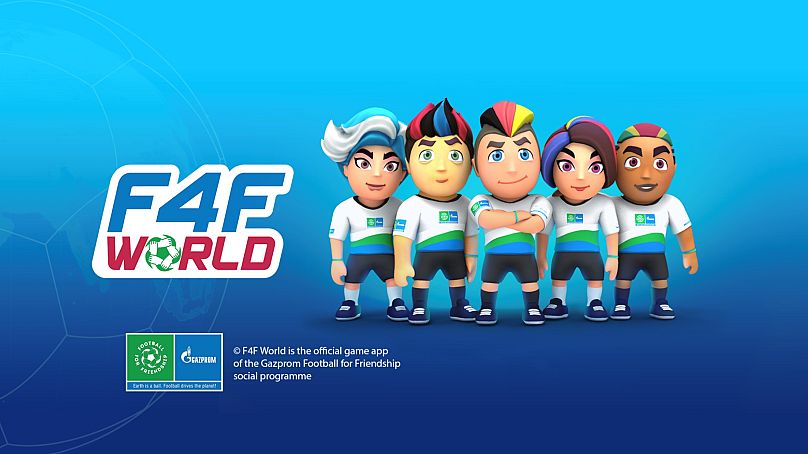 Proving football knows no boundaries, F4F will try and break another world record for most online participants in a sporting event

“For me, virtual connection is really important,” she says, explaining that “during the coronavirus pandemic, we were all isolated from one another.”

This year F4F was especially important, Irintsoa says because spreading good news and inspiring other children has become even more crucial.

As well as setting an example to other children, she says one of her favourite moments was interviewing the French former Arsenal star Robert Pirès.

But Irintsoa isn’t the only one who was able to get a one on one session with Pirès.

Part of this year’s F4F programme includes the series “Stadium is Where I am,” where the French football star shows you the essential tricks on how to handle the ball.

“Stadium Is Where I Am,” will also be broadcast live between November 27- December 9. The event, called the F4F eWorld Championship aims to break the Guinness World Records title and will be hosted by Roberto Carlos, the Real Madrid and Brazil legend and Global Ambassador of Football for Friendship.

The multiplayer football simulator will be “ a game where everyone can train, unite into international teams, and play their favourite game in real-time,” says Vladimir Serov, Global director of Gazprom International Children’s Social Programme Football for Friendship.

Vladimir Serov, Global director of Gazprom F4F programme, says everyone will be able to unite and play football simultaneously

He says despite the events being transferred online, which wasn’t planned, it’s attracted even more participants, experts and partners.

“Now those who, for some reason, could not join the programme, can freely participate while staying at home.”

But Serov admitted turning the massive events into an online format was a challenge that required huge labour costs. New specialists, developers, and even musicians from Uganda were brought in to create fan chants for users of the Football for Friendship World simulator.

Despite having to create digital solutions, he says children’s need for physical activity is obvious as is creating a space for them to communicate and achieve their goals. He says “external conditions” should not affect those aspects of a child’s life.

With many schools across the world shutting during lockdown and children’s routines disrupted, sports and physical exercise have been vital to many.

“When the school closed, sports were the only thing I could do,” says Mats Gouka, who participated in many of the Good News Editorial projects.

Speaking from the Netherlands, the 13-year-old said: “sport is very important as it makes me happy and gives me energy”.

Mats has participated in several F4F events over the years.

Despite not being able to physically meet other children this year, he says, “I think F4F is important even if it is just online because you’re English will be better and you are still in contact with people from around the world.”