Guinea's incumbent president Alpha Conde has been reelected for a controversial third term with 59.5 percent of the vote, the constitutional court announced on Saturday.

Conde's support was above the absolute majority needed to win in the first round, judges found.

The opposition claimed irregularities in the October 18 vote but the court said the opposition produced no evidence. 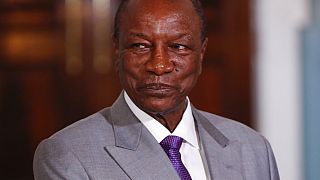