Ethnic tensions in Ethiopia continue to mount after The Ethiopian Senate voted on Tuesday to sever all relations between the federal authorities and both the Tigray regional parliament and executive.

This comes after the Tigrayan leaders chose to unilaterally hold elections — initially scheduled for August, last month in defiance of the decision made back in March by the Federal Parliament’s Electoral Commission to postpone national elections and extend office terms of both regional and national deputies beyond their initial October’s end in light of the Covid-19 pandemic.

This vote further widens the gap between Prime Minister Abiy Ahmed — who described the Tigrayan regional elections as illegal and illegitimate, and the Tigray People's Liberation Front (TPLF), which has dominated Ethiopian politics for nearly 30 years.

Nevertheless, the federal government will continue to work with local institutions in northern Tigray to ensure that essential services remain available to the people of the region.

The TPLF led the armed struggle against the communist regime until the latter's fall in 1991 and then led the ruling coalition for over twenty-five years. It officially moved into opposition in 2019, when it refused to accept Abiy's initiative to merge the coalition into a single party, the Prosperity Party.

Sidelined by the government of Abiy Ahmed, the TPLF remains in control in its stronghold in Tigray, northern Ethiopia whose population amounts to around 6% of the country (110 million people). The party won 189 of the 190 seats in this mountainous region bordering Eritrea and Sudan.

2019 Nobel Peace Prize laureate Abiy, reiterated that the Tigrayan elections had no legitimacy while ruling out any idea of military intervention or budget cuts.

The Tigrayan leaders, for their part, felt that future decisions taken by the federal government "would not be implemented" in their region. 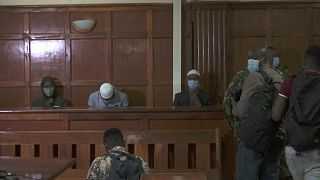