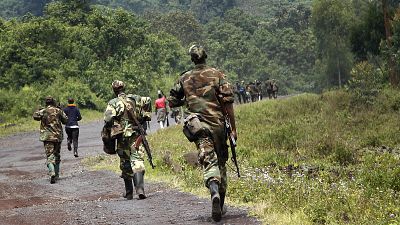 Democratic Republic of Congo's second biggest town Lubumbashi has been at the center of at attack by armed militiathis saturday.

Two police officers and a soldier were killed as a result of the firefights.

According to Milundu, the two police officers were decapitated by attackers, who then went on to attack the national TV RTNC's regional headquarters.

The attack follows a jailbreak attempt on Friday in Lubumbashi, where "important damage" was sustained according to regional Interior minister Milundu. Several builings were set on fire and documents were burned in the chaos.

"Healvily armed men attacked the prison. 4 prisoners that broke through the prison wall were gunned down", says prison director Pelar Ilunga, who also mentions "six wounded by stray bullets amongst the prisonners".

Attackers entered Lumbumbashi with assault rifles, shotguns, machetes and arrows, patrolling the streets of Congo along with women and children. "They sang slogans in favor of the autonomy and independance of Katanga", regional Interior minister Fulbert Kunda Milund claims.

Officials are now saying they identified the attackers as members of the Maï-Maï militias.

"The situation is now under control" officials say.