The Worst is Over

South Africa will ease coronavirus-prevention restrictions — moving to alert level one from September 20 and reopening its borders October 1st as announced by President Cyril Ramaphosa on Wednesday. This announcement comes after a significant drop in daily new infections in the nation that still accounts for the highest number of confirmed cases on the Africa continent.

Ramaphosa stated in his public address, "We cannot afford a resurgence of infections in our country. A second wave would be devastating to our country and would again disrupt our lives and livelihoods. It is up to each and every one of us as South Africans to ensure that this does not happen."

The Head of State believes that there is sufficient capacity in the nation’s health system to manage the current daily caseload rate — which at its peak in July saw a recorded 15,000 cases daily but is now at 772 from official figures on Tuesday.

He also affirmed that the visitors allowed to enter South Africa, i.e. only from countries deemed non-high risk, would be required to show negative results from coronavirus test results taken at least 72 hours before departure.

In addition, South Africans can enjoy more relaxed guidelines at public gatherings which will now be limited to a maximum of 250 people indoors and 500 outdoors.

The ministry said 142 more people lost their lives due to the disease, bringing the death toll to 15,641.

The country has conducted nearly 4 million coronavirus tests and over 583,000 people have recovered from the virus. 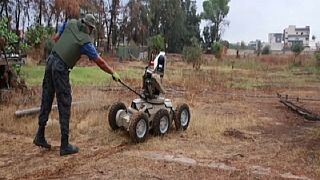