Pilgrims bathe in the Ganges despite India Covid surge

Who Will Make it to the Finals?

All eyes on Alvalade stadium in Portugal tonight, as the French team hailing from Lyon, Olympique Lyonnais with Captain Memphis Depay will try to secure a spot in the Champions League final to join their compatriot rivals Paris Saint Germain. In what could be a first-ever finals face-off between two French clubs. A match to see considering Lyon’s journey taking on both Juventus and Manchester City to get them to the semi-finals.

This time around, however, they will have to slay the Munich Giants and Ivorian football pro, Maxwell Cornet, is hopeful, "Everything is possible in a knockout match, we will have to impose our qualities. We will be defending extra carefully, and we know that in the front we have players who can make the difference at any moment."

Another play with Ivorian origins, Serge Gnabry, will be one of the valued strikers of the five-time European champions, Bayern Munich. He cautioned his team-mates, on Tuesday, to be wary of the French team even after having humiliated Barça in the quarter-finals scoring 8 goals against the team who is home to 6 time Ballon D'or holder Lionel Messi. 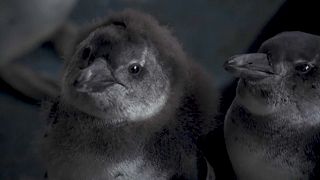