A Region Under Water

Soaking wet with no dry land in sight, Bor South and Twic East counties in Jonglei, Eastern South Sudan are inundated by heavy and incessant rains with the water level rising to 1.5 meters. Many homes have been destroyed, some have even lost their lives and around 200,000 people have already been displaced as the locals grapple with the dire situation.

Extremely inopportune, as according to the latest United Nations Office for the Coordination of Humanitarian Affairs assessment (OCHA ), an estimated 157,000 people have already been displaced in several counties in Jonglei as a result of ongoing sub-national violence and revenge attacks since February 2020. Most of the conflict-affected people are in Emergency (IPC Phase 4) acute food insecurity. The already challenging situation is worsened by the onset of the rainy season.

A resident of Bor Town, Nyanding Alieb Juuk, seems desolate, "We have been here in this water for weeks now, as you can see most of our houses have collapsed and some of them full of water. Now we are sitting on the street because we don’t have shelter. And now we are suffering a lot and we are appealing to the government to help us with food and shelters to help us with the cold we are feeling now."

Many adults and children living in the open air under humid conditions in Juba have reported rheumatism and other ailments. Deborah Arok, 65, was airlifted from Panyagoor in the Jonglei province after the floods cut off roads. “I’ve been sleeping in the cold for over a week and now I’m suffering from something like pneumonia,” she shared. Like thousands of others, Achai Kuol, 18, along with her child, traveled some 200 kilometres to the capital Juba to escape the rising waters. “I lost everything and there was no place to stay in Jonglei. There’s water everywhere, “she said. In Western Equatoria, residents sheltering in government buildings are awaiting food and medicine

State secretary-general, Mabior Atem, has urged people to mobilise creating embankments to preserve campsites as officials arrive to better assess the damage. COVID-19 -related restrictions have hampered the ability of humanitarian organisations to deploy and respond to medical and other emergency needs in the area - disconcerting as even more floods are expected. 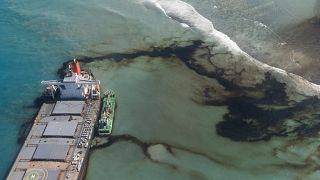