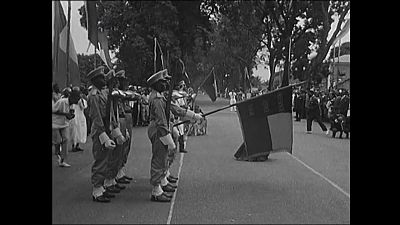 Benin celebrates this Saturday 31st its 60th anniversary since the country became independent.

Known at its creation as the "Republic of Dahomey", the transition was quite restless for the West African country.

Following the 1st anniversary of the newly created republic, first president of the country Hubert Maga praised a peaceful transition by the French.

Dahomey's ambassador in France, Derlin Zinsou, interviewed at the time in Paris declared that " It is thanks to her (France) and her leader, General Charles de Gaulle, that we gained independence, in a manner that still surprises the world, without any clashes or bloodshed."

Celebrations are expected to take place in the West African country, but there will be no big military parade.

As the COVID 19 pandemic is still raging on, all gatherings will be avoided in capital city Cotonou, in what will be a very restrained festivities.

1960 saw the independence of 17 other african countries, like Nigeria, Togo or Sénégal.

Celebrations are expected to take place in Benin, But as the COVID 19 pandemic is still raging on, Cotonou banned all gatherings, in what will be very restrained festivities. A wreath laying ceremony should still be observed, but Beninese pointed out the streets of the capital city seemed colourless, as the flags usually hanged on the streets of the capital city were nowhere to be seen. 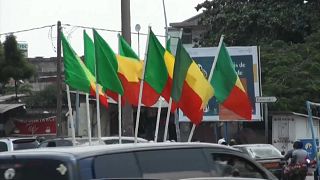