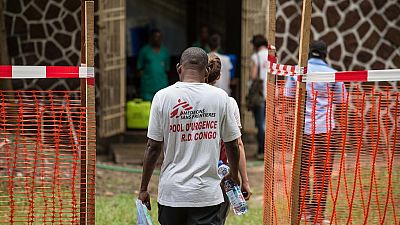 A Médecins Sans Frontières (MSF) aid worker was released after being held hostage for 18 days in eastern Democratic Republic of Congo, where armed groups are operating, the NGO and official sources said Friday.

“MSF is extremely relieved that our colleague who disappeared in Lulimba in South Kivu on June 28 is now safely back with MSF,” a spokeswoman for the NGO told an AFP correspondent.

The NGO did not specify the hostage’s nationality.

MSF is extremely relieved that our colleague who disappeared in Lulimba in South Kivu on June 28 is now safely back with MSF.

The hostage remained in “detention in the hands of an unidentified armed group,” the experts of the Kivu Security Barometer added.

The hostage “was finally returned by her captors” the previous evening to a traditional chief, who handed her over to MSF staff, said the president of the DRC Red Cross, Onesphore Kabandwila.

“Thank you for all those involved in the successful resolution of this crisis,” said the governor of the province on Twitter, Théo Ngwabije Kasi.

Dozens of armed groups are active in the two provinces of North and South Kivu.

The hostage had been kidnapped in a sub-division of South Kivu, Fizi territory, in an area where “Maï Maï” (Congolese armed self-defence group) are active.

The Fizi territory is also plagued by communal conflicts between Congolese Tutsis of Rwandan origin (the Banyamulenge) and other groups.