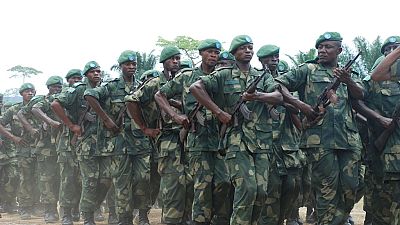 An Angolan soldier was “accidentally” killed by Congolese soldiers on Sunday, after an incident in the border region of Kasai, in the south of the Democratic Republic of Congo, Congolese official have said.

According to Kawino, before the incident, a group of Angolan soldiers had entered up to three km inside Congolese territory. One of them started filming with his mobile phone before being told to stop by the Congolese soldiers.

“Angolan authorities are asking for the body of their soldier who was accidentally killed this morning by our forces. We agree in principle but we have asked them to draw up a report that recognises that their soldier was killed on DRC territory,” Kasai governor Dieudonné Pieme told AFP.

The DRC and Angola share a border of more than 2,500 km, in addition to that with the Angolan enclave of Cabinda between the DRC and Congo-Brazzaville.

The DRC regularly denounces “incursions of Angolan troops” on its territory “under the pretext of pursuing rebels of the Front for the Liberation of the Enclave of Cabinda (FLEC)”.

In May, gun battles between the Congolese army and elements of the Angolan army in Kasai resulted in one Angolan casualty and the confiscation of two weapons.