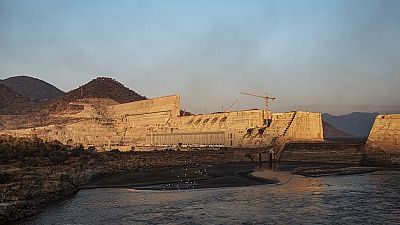 <p>The dispute between Egypt, Ethiopia and Sudan over Addis Ababa’s construction of a gigantic dam on the Blue Nile has reached a new level. The issue is now on the table at the U.N. Security Council at the request of Egypt, supported by the United States.</p> <p>On Monday, Egypt’s foreign minister urged the U.N. Security Council to adopt a resolution giving international clout to efforts to resolve the dispute over the hydroelectric dam.</p> <p>According to Sameh Shoukry, the construction of the dam endangers the lives of 150 million Egyptians and Sudanese. </p> <p>Shoukry said the draft resolution is in line with the outcome of an African Union summit on Friday where the leaders of Egypt, Sudan and Ethiopia agreed to return to talks aimed at reaching an agreement.</p> <p>The Grand Ethiopian Renaissance Dam (<span class="caps">GERD</span>), set to be Africa’s largest hydroelectric project, has been a source of tension in the Nile basin ever since Ethiopia broke ground on it nearly a decade ago. </p> <p>Ethiopia says the project is essential for its development. Addis Ababa has been vocal about its plans to start filling the reservoir in July. </p> <p>In the meantime, the main protagonists are holding their ground. Cairo sees the renaissance dam as a threat to international security, while Sudan fears its negative impact on its population. The Nile is a lifeline, supplying both water and electricity to the 10 countries it passes through. </p> <style>.embed-container { position: relative; padding-bottom: 56.25%; height: 0; overflow: hidden; max-width: 100%; } .embed-container iframe, .embed-container object, .embed-container embed { position: absolute; top: 0; left: 0; width: 100%; height: 100%; }</style><div class='embed-container'><iframe src='https://www.youtube.com/embed/3fdRqQg48YY' frameborder='0' allowfullscreen></iframe></div>