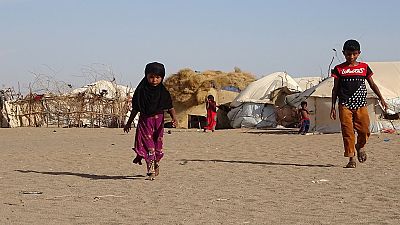 <p>The UN refugee agency says the number of asylum-seekers, internally displaced people and refugees worldwide shot up by nearly nine million people last year – the biggest rise in its records.</p> <p>In its annual “Global Trends” report released on Thursday, the Office of the United Nations High Commissioner for Refugees says that the 79.5 million people account for 1% of all humanity amid conflict, repression and upheaval.</p> <p><span class="caps">UNHCR</span> chief Filippo Grandi said of the 79.5 million people forcibly displaced, 68% come from only five countries: Myanmar, Afghanistan, Syria, South Sudan and Venezuela.</p> <p>The surge was chalked up in part to a new way of counting people displaced from Venezuela and “worrying” new displacement in the persistent trouble spots of the Democratic Republic of Congo, the Sahel region of Africa, Yemen and Syria.</p> <p>War-torn Syria alone accounted for more than 13 million of those people on the move.</p> <p>While the total figure of people facing forced displacement rose from 70.8 million at the end of 2018, some 11 million people were “newly displaced” last year, with poorer countries among those most affected.</p> <p>Grandi said the global pandemic had had a major impact on refugees and the displaced, as 164 countries either partially or totally closed their borders to fight the new coronavirus.</p>