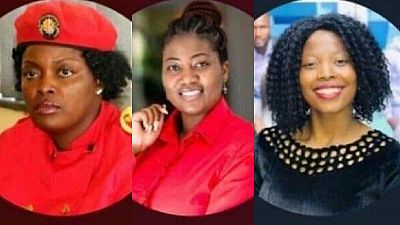 Zimbabwe police Wednesday arrested three opposition activists on accusations that they lied in saying that they had been abducted and tortured, their lawyers said.

The arrests came as a group of U.N experts spoke against a “reported pattern of disappearances and torture” by government agents in the country.

The three opposition women alleged that they were tortured and sexually abused by their abductors, whom they said took them from a police station in May, after they had been arrested for organizing an anti-government protest. Their abductors were unidentified, but because they took the women from police custody, it appears they were some kind of state agents.

The young women were missing for nearly 48 hours before being released by their abuctors. While they were being treated in a hospital for injuries inflicted during their captivity, prosecutors charged them with contravening lockdown regulations for participating in the protest.

On Wednesday, police re-arrested the women at Harare Central Police Station where they had gone to surrender their passports as part of their bail conditions in the case linked to the protest march, said Kumbirai Mafunda, spokesman for Zimbabwe Lawyers for Human Rights, which is providing lawyers for the trio.

The arrests came as a group of United Nations human rights experts said the Zimbabwe government should “immediately end” the practice of disappearances and torture “that appear aimed at suppressing protests and dissent.” The U.N. experts also said the government should “ensure the effective protection of women from sexual violence, and to bring those responsible to account.”

Zimbabwe’s Home Affairs Minister Kazembe Kazembe told reporters Wednesday that the alleged abductions had been fabricated and were part of a wider agenda to destabilize President Emmerson Mnangagwa’s government.

He accused political rivals, local and foreign Christian preachers and foreign diplomatic missions based in Zimbabwe of trying to create dissent. He dismissed “rumors” of an impending coup, saying the government “is stable and peaceful internally.”

Speaking at a party meeting on the same day, Mnangagwa also spoke of a plot against his government which “culminated in the purported abductions.”