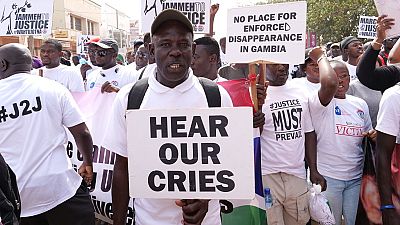 Gambian police “temporarily” banned a demonstration planned on Monday in front of the U.S. Embassy in Banjul to protest police violence in the United States, after the deaths of George Floyd in Minneapolis and a Gambian national near Atlanta, the organizer of the rally said Wednesday.

Police authorities said that due to restrictions imposed by the state of emergency in the West African country to fight COVID-19, they could not allow the demonstration, said Madi Jobarteh, a Gambian civil society figure who had initiated the idea of such a rally, on Facebook.

The slogan of the demonstration was to be “Black Lives Matter!”, the rallying cry against police violence against African-Americans.

As Africans, we will protest the unjust, illegal and oppressive treatment of our relatives and friends in America

But the police chief said he would authorize the protest when the state of emergency is lifted or relaxed, Jobarteh said. A petition will be delivered to the U.S. Embassy on June 8 and a new rally date will be announced soon, Jobarteh revealed.

“As Africans, we will protest the unjust, illegal and oppressive treatment of our relatives and friends in America,” he added, calling for “every African on the continent to make it a personal matter.

The death of George Floyd, a black American who was asphyxiated by a white policeman while handcuffed and showing no resistance, at the end of May in Minneapolis, triggered a vast protest movement that went beyond the borders of the United States.

In the Gambia, a small English-speaking country neighbouring Senegal, the government on Tuesday called for a “transparent, credible and objective investigation” into the death of 39-year-old Gambian national, Momodou Lamin Sisay, who was shot dead by police in his vehicle on 29 May near Atlanta, in southeastern United States, according to a Foreign Ministry statement.

According to Georgian state judicial authorities, the man refused to submit to a check in the middle of the night, while his vehicle was in violation. After a chase and an attempt to negotiate, he pointed a gun and fired at the police, who shot him, according to a statement by the Georgian Bureau of Investigation (GBI). 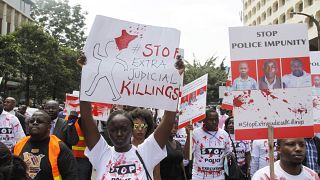