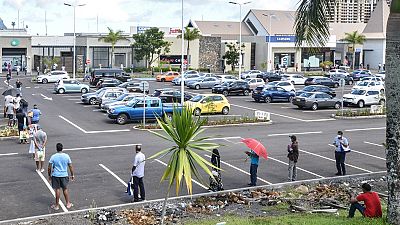 Mauritius has registered two new cases of Covid-19, the first since 26 April, involving two people recently repatriated from India who had been quarantined on their return, local health authorities announced Sunday evening

They were among a group of 149 Mauritians repatriated from New Delhi and Mumbai on 9 May, who had been quarantined upon their arrival on the island.

The two new carriers of the virus, from the same family, are “in the same quarantine centre” and are “asymptomatic”, Dr Zouberr Joomaye, spokesman for the national communication committee on Covid-19, told AFP after making the announcement on television.

The two new carriers of the virus, from the same family, are in the same quarantine centre and are asymptomatic

The two individuals had tested negative when they left India, but a new test at the end of their quarantine “proved positive,” he explained.

These two new cases “justify all the precautionary measures taken by the government. You can imagine if these two people had been allowed to return home without going through quarantine here,” he added.

The number of cases registered in Mauritius since last March now stands at 334. A total of 10 deaths have been recorded and 322 people have recovered.

The Indian Ocean archipelago was initially the worst affected country in East Africa, with 332 cases reported just six weeks into the epidemic.

The Mauritian government imposed one of Africa’s strictest confinements on 20 March, going so far as to order the closure of supermarkets for 10 days.

The supermarkets have since reopened, but the population has been divided into three groups in alphabetical order, each allowed to shop two days a week.

The state of health emergency was maintained until 1 June. However, since 15 May, the island began the first phase of its easing of lockdown measures with the gradual resumption of certain activities, in addition to essential sectors such as banks and supermarkets.

Markets, bars and shopping centres remain closed until 1 June, while schools will only reopen on 1 August.

The wearing of masks and social distancing measures are now compulsory, and any offender is fined.