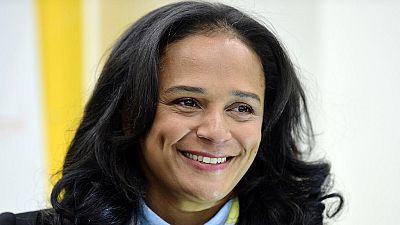 Isabel dos Santos, daughter of former Angolan president Jose Eduardo dos Santos, has accused the country’s prosecutors and justice system of sloppiness in a corruption case brought against her.

According to her, the prosecutors presented false evidence in the case that resulted in the freezing of her assets at home and in Portugal. Her assets were frozen in December 2019.

Her May 12 official statement on the issue said it was after her lawyers had been given access to the court’s files at the end of April 2020 that they realized a string of falsified documents used in the process.

Among others, how her purported passport used in the proceedings was edited in large portions. Her legal team identified an incorrect name and date of birth.

Her occupation, businesswoman, is written in English instead of Portuguese, the signature was an internet crop of former actor Bruce Lee whiles there were also conflicting passport numbers.

Prosecutors in Angola have accused the billionaire and her associates of mismanaging and embezzling up to $1bn from the state oil firm, Sonangol. She had been in charge of the outfit till she was relieved by President Jaoa Lourenco.

She has denied any wrongdoing claiming that she was the subject of a political witch-hunt which in turn threatens the lives of thousands of employees in her businesses.

The facts and images speak for themselves. The truth today comes to light about the fraudulent court process and freezing order, based on forged evidence and fake documents. There are no arguments against facts. A “False Passport” was used and accepted by the Court as being mine. pic.twitter.com/kpik3sO2GL