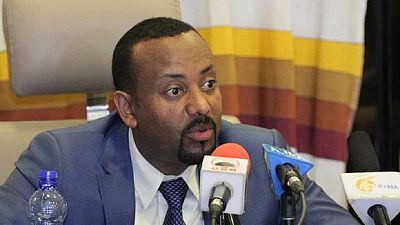 Ethiopian Prime Minister Abiy Ahmed has accused the opposition of trying to take advantage of the postponement of elections to seize power by unconstitutional means.

In a speech posted to his Facebook page, the Nobel Peace Prize winner said ‘’ those who push unconstitutional maneuvers to seize power will be punished by law’‘, he warned.

The second most populous African nation with some 100 million inhabitants was scheduled to hold general elections late August.

Those who push unconstitutional maneuvers to seize power will be punished by law.

But the electoral commission postponed the polls sine dine because of the coronavirus pandemic.

This means, there will be no election before the end of tenure for lawmakers in October. A situation synonymous with political crisis, according to some analysts and opposition leaders.

Ethiopia’s constitution hardly offers any remedy on this specific case.

On Tuesday, lawmakers formally seized the upper house of parliament so they can decide on an interpretation of the constitution, which could offer a solution to this impasse.