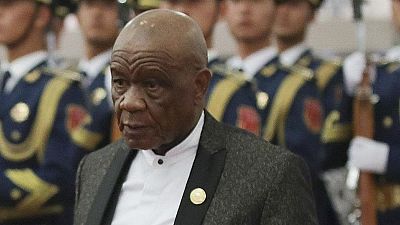 The small kingdom has been going through a serious political crisis since Mr. Thabane was implicated earlier this year in the murder of his ex-wife three years ago.

His own party, the All Basotho Convention (ABC), and those of the ruling coalition have been demanding his departure, but the head of government is clinging to his post and has only promised to step down “by the end of July”.

On 18 April, Thabane deployed the army onto the country’s streets to “restore order” in the face of his rivals.

Mediated by neighbouring South Africa, the government coalition has since committed itself to allowing a “dignified” exit of the prime minister, but without setting a date for it.

In this climate of persistent tension, the Senate on Tuesday adopted a constitutional amendment which, among other things, requires the head of government to obtain the agreement of a majority of parliamentarians before proposing to the king the dissolution of parliament and the organisation of new legislative elections.

A few weeks ago, the National Assembly had already adopted this text, which prohibits the Prime Minister from calling for new elections in the event that the deputies pass a vote of no confidence against him.

Landlocked Lesotho has had an unstable political history since independence in 1966, with military coups.