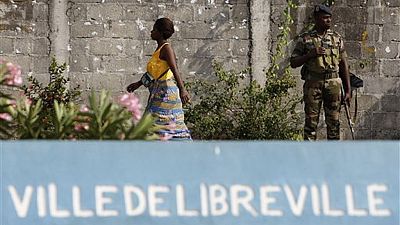 The total confinement of Gabon’s capital, Libreville, and three bordering communes, put in place two weeks ago to limit the spread of the new coronavirus, will be relaxed, the Prime Minister announced on Monday.

This small central African country officially has only 176 cases of Covid-19 positive patients, including three deaths, for some 2 million inhabitants, nearly half of whom live in Libreville.

Closed for the past two weeks, some non-food businesses, such as hairdressing salons and garages, will be allowed to open again, Prime Minister Julien Nkoghe Bekale announced.

We are approaching the peak of the epidemic that could occur between the end of May and mid-June 2020.

Likewise, travel within the capital, which had previously been banned between the districts, will resume. But leaving Greater Libreville — the capital and three bordering communes — remains prohibited, said the head of government who wants to avoid contagion in other provinces.

“We are approaching the peak of the epidemic that could occur between the end of May and mid-June 2020,” he said.

Schools, places of worship and restaurants will remain closed, and a curfew between 18H00 and 06H00 is enforced throughout the country. Wearing a mask remains mandatory.

The borders are still closed, except for the transport of imported food goods on which Gabon is very dependent.

Explaining the relaxation of the confinement measures, the Prime Minister referred to the “side effects” of the measures taken 15 days earlier: “localized discontent in some neighbourhoods, the rise of opportunistic crime and the risk of social destabilization.

“I really hope that they will not prolong this confinement,” Lorcia, a 35-year-old Gabonese woman, lamented a few days ago during a food distribution organised by the government in a poor neighbourhood of Libreville on Wednesday.

Mother of five children, Lorcia lives “on her own”, buying products at the market which she then resells on the street. “They ask us not to work any more, but how can I feed my family?” the young woman, who has been relying for the past 10 days on the generosity of her neighbour to survive, was angry.

“If the government persists, you’ll see the population will rise up,” she said, very upset at not being able to get her food ration back.