DRC: Nearly 25,000 children to be vaccinated against measles 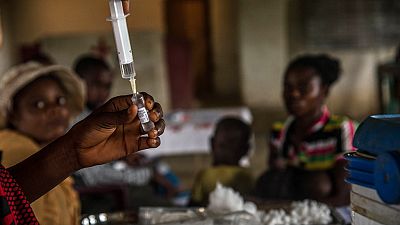 More than 25,000 children in the health zones of Kasabinyole, Kanzulinzuli, Madrandele, Tuungane and Malepe will benefit from the this campaign, which will end this weekend, according to Dr. Frank Fikiri, chief doctor of the Beni zone, quoted by UN Radio Okapi.

This vaccination campaign comes after others that have targeted more than 42,000 children in the south-western province of Kongo-central. This will make a total of 67,000 children safe from the first disease in less than a month.

Characterized by an acute rash viral infection, measles primarily affects children from the age of five months and young adults.

Apart from an Ebola epidemic, DRC is facing a measles epidemic that has already claimed the lives of more than 5,000 people.