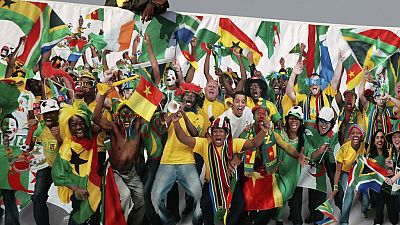 National celebrations are elaborately planned events that all countries the world over have for one reason or the other. A key fixture on national calendars across Africa are independence day celebrations.

Enter coronavirus, the global disruptor that has affected everyday actions from education to work, from sports to social gatherings, from travelling to even moving from one point to the other. Lockdowns have hit home the fact that movement is no longer a given even for the free.

The COVID-19 disrupt since taking center stage in Africa in late March has effectively dismantled several event calendars. Africanews is tracking the major events that it has forced to be cancelled just as we are tracking prominent African deaths related to the pandemic.

The 26th Commonwealth Heads of Government Meeting (CHOGM) has been postponed as a result of the ongoing COVID-19 pandemic. The meeting was scheduled to take place in Kigali, Rwanda on 22 – 27 June 2020.

“The 26th CHOGM and associated events will be held in Kigali at a time to be announced in due course. This decision was made in accordance with the 2005 Memorandum of Understanding Establishing the Commonwealth Secretariat and the CHOGM Technical Manual, as well as with precedent,” a statement read.

“Our organisation’s deep reservoirs of solidarity and expertise will be invaluable tools as we work together globally to ensure no country is left behind. We look forward to welcoming the Commonwealth family to Kigali for CHOGM once the pandemic has been defeated,” Rwandan president Paul Kagame said.

FULL STATEMENT: Postponement of CHOGM 2020 due to Covid-19

The Nigeria AirForce on Monday (April 20) said it will mute its 2020 Airforce Day celebrations in response to the COVID-19 pandemic and related restrictions. This year’s edition, the 56th, will be marked without the usual fanfare, NAF said.

The line up of events include the following:

“The Chief of Air Staff, Air Marshal Sadique Baba Abubakar, wishes to assure Nigerians that the Nigerian Air Force will continue to play its part in dealing with all threats to the peace and prosperity of our great Nation,” the statement concluded.

The 40th independence anniversary of Zimbabwe had a double historic significance but failed to hold due to the COVID-19 pandemic. It was supposed to be the first to be held in Bulawayo and it was to be the first since the death of former president Robert Mugabe.

President Mnangagwa felicitated with Zimbabweans in an address and stressed that the time for celebration lay ahead. “Unfortunately, COVID-19 means this year we are celebrating in lockdown. But though we are physically separated, we are united in spirit. The time to celebrate together shall come.

“We must remain hopeful & steadfast. It is our collective efforts that will make the ultimate difference.

“Our path is a path of peace, harmony, dialogue & inclusive development. Let us celebrate the old and embrace the new. In unity, love and common purpose, we will prevail. Independence means taking our destiny into our hands.

“I urge you all to join me in seizing the moment towards a prosperous future. Together we will realise the hopes & dreams of those who first lifted our flag 40 years ago. Long Live Zimbabwe! Long Live our Independence!” he wrote in a social media post.

Tanzania officially announced the cancellation of the 2020 edition of the annual Union Day celebrations. The day is marked to commemorate the merger of Tanganyika and Zanzibar to become Tanzania.

April 26 is the day of the celebration but Prime Minister Kassim Majaliwa announced the cancellation in connection to the current coronavirus pandemic.

“President John Magufuli has also directed that a sum of 500 million Tanzanian shillings ($217,000), set as a budget for the Union Day celebrations, should be reallocated to the fund for fighting coronavirus in the country,” the PM said.

Tanzania’s stats board as of April 15 is of 53 cases, seven recoveries and three deaths. The closure of academic institutions have also been indefinitely postponed, media reports said.

The East African country is one of a handful that has refused to close its borders due to the pandemic. Explaining the reason during the Easter period, President Magufuli said most neighbours who depended of their ports would suffer if they did.

Activists of the Bring Back Our Girls movement, BBOG, braved the dominance of the ongoing COVID-19 pandemic to commemorate the sixth year anniversary of the abduction of scores of school girls by Boko Haram in 2014.

Unlike in previous years when the group marched through the streets of the capital Abuja to demand the rescue of the remaining girls and other abducted citizens, much of this year’s commemoration was online.

“Join the demand to #BringBackOurGirls online today! Record and post a 1-minute video of your demand as we commemorate #6YearsTooLong for 112 #ChibokGirls who are still missing,” the official Twitter handle BBOG_Nigeria posted on Twitter. A call that was heeded by a number of activists.

The fourth annual Chibok Girls lecture was also delivered online – via Twitter. This year’s lecture was delivered by co-convener and former minister Obiageli Ezekwesili. It was under the theme, Empathy Gap: The Missing Link in the Making of a Nigerian Nation.

Every year on April 7, the 49-year-old Ngabonziza and friends visit a memorial site in the capital, Kigali, where they lay a wreath for the more than 800,000 genocide victims, including his family members, and pray for the dead.

But this year, 26 years after the genocide, they could not go. The East African nation is under a national lockdown because of the coronavirus and has deployed police and military to make sure people stay indoors.

“It’s terrible not to be able to honor the dead,” Ngabonziza told The Associated Press. “We have gone through difficulties, but this is horrifying.”

The government banned the annual Walk to Remember and a night vigil at the national stadium, among the most significant events to mark the genocide. The national commission for the fight against genocide said even group visits to genocide memorials have been suspended.

Instead, Rwandans followed commemoration events on television or social media as President Paul Kagame lit the flame of remembrance and addressed the nation.

“These unusual circumstances will not prevent us from fulfilling our obligation to commemorate those we lost and console survivors,” he said. “The only change is the way we commemorate.”

Senegal postponed its 60th independence anniversary earlier this month at the time citing the urgency to slow the spread of COVID-19.

“The situation is serious. I say this tonight in all solemnity.” With these words, Senegal’s President Macky Sall addressed the nation on March 23, as he declared a state of emergency and imposed a night-time curfew.

This was his first measure in trying to slow down the spread of the coronavirus in the country. “The disease is spreading so quickly that we are forced to adapt our response. Otherwise we risk a catastrophe,” the president said in a televised speech.

Senegal had at the time placed a ban on Friday prayers for Muslims and Sunday church services for Christians. Schools and universities had been closed and security were deployed to enforce the stay away orders were respected.

Ethiopia’s election set for August was in early April postponed as the national election board said the coronavirus makes it impossible to prepare.

The vote has been highly anticipated in a country that has seen sweeping political reforms in the past two years but a surge of violence as some people use the new freedoms to settle old scores.

Both the government and opposition camps expressed support for the election board’s decision. With the government’s mandate expiring in a few months, lawmakers were expected to vote to extend it.

It became the first major election in Africa to be postponed because of the coronavirus. Several African countries have upcoming presidential votes this year, including Burundi and Tanzania. Togo was lucky to complete its February 22 vote before cases spiked.

Mali also held long-delayed legislative polls despite the associated risks. Guinea also pressed on with controversial constitutional referendum vote which was violently contested by opposition. After the results were declared incumbent Conde declared a state of emergency over the virus.