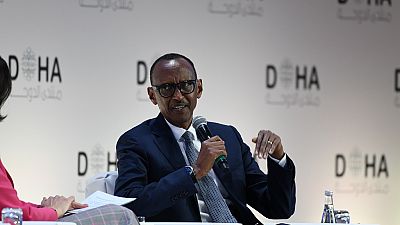 A statement from the prime minister’s office confirmed that other officials who agreed to forgo their salaries are leaders of national institutions and top government officials. As of April 6, the country has 105 confirmed cases with four recoveries. It is East Africa’s third most impacted behind Mauritius and Kenya.

A strictly enforced lockdown remains in place having been extended last week by the cabinet. The government has since last week been distributing food to citizens who had been relying on receiving pay every day.

The incident where top officials donate their salaries to combat the pandemic is however not new on the continent, Nigerian lawmakers, Kenya’s top government officials and more recently Malawi’s cabinet have done same.

Lawmakers in Nigeria weeks back agreed to forgo their salaries as contributions towards the COVID-19 fight. Kenya’s president and top government officials also took salary cuts for the same reason.

Over in Malawi, President Peter Mutharika also announced taking a 10% salary cut along with his ministers. “The coronavirus attack has a huge negative impact on the economy and businesses everywhere.

“There are many business people and industry players who are uncertain about the situation as it is unfolding. I know that everyone is worried,” he said.

“Therefore, government will take measures to protect jobs and incomes, protect businesses and ensure continuity of the supply chain and the survival of the economy.”

Amongst other measures, the president directed the Reserve Bank of Malawi to allow banks to offer a three-month moratorium on interest payments on loans to small- and medium-sized businesses.

He also ordered the country’s Competition and Fair Trading Commission to put in place strict monitoring of price controls and punish anyone found increasing prices at the expense of Malawians.