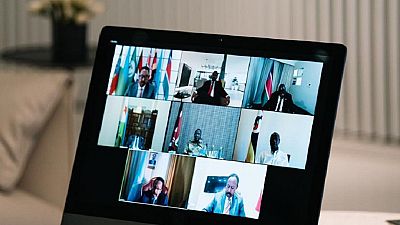 Leaders across East Africa and the Horn of Africa met via video conferencing for a meeting aimed at forging a regional plan to combat the coronavirus pandemic.

In all four presidents – Somalia, Uganda, Kenya, Djibouti – were joined by two Prime Ministers – Ethiopia, Sudan – and the Executive Secretary of the Intergovernmental Authority on Development, IGA, Workneh Gebeyehu. The South Sudan leader was also represented by his first vice-president Salva Kiir.

The virtual summit was organized on Monday March 30 by the IGAD secretariat with a view to “adopt a regional response strategy and establish an emergency fund while calling on the international community for a globally coordinated approach,” the IGAD chief said.

The missing regional leader was Eritrea’s Isaias Afwerki or his representative. Eritrea, a one-time member of IGAD suspended its IGAD membership in 2007 over its border rift with Ethiopia.

In September 2018 following a historic peace deal with Ethiopia, reports were rife that Eritrea will be rejoining the body but that move did not materialize and thus Eritrea’s membership has yet to be regularized.

In defining the IGAD region on its website, the body includes Eritrea stating: “The IGAD region stretches over an area of 5.2 million km2 that comprises the countries of Djibouti, Eritrea, Ethiopia, Kenya, Somalia, South Sudan, Sudan and Uganda.

“The region has about 6960 Km of coastline with the Indian Ocean, Gulf of Aden, Gulf of Toudjoura and the Red Sea. Also, the IGAD region has a total of 6910 Km of international borders with Egypt, Libya, Chad, Central African Republic, Democratic Republic of Congo, Rwanda and Tanzania.” 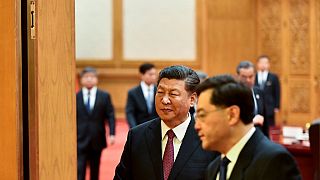