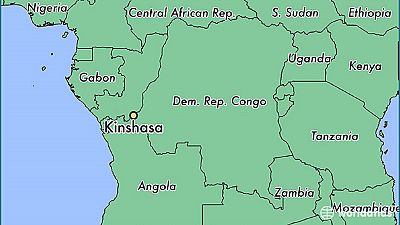 Kinshasa, capital of the Democratic Republic of Congo, usually noisy and congested, was idling Saturday, with the implementation of measures announced by President Félix Tshisekedi to stem the spread of the new coronavirus: closure of schools, restaurants, bars and nightclubs, and places of worship.

The Democratic Republic of Congo on Saturday reported the first coronavirus-related death in Kinshasa, the third in sub-Saharan Africa, as well as five new confirmed cases, 23 in total since the announcement of a first case on 10 March.* The report said that the disease was the most common cause of death in the country.

“Yesterday the INRB (Institut National de Recherches Bio-médicales) confirmed five new cases. All are Congolese. The treatment teams are taking care of them. Also yesterday, we had the first case of death from VIDOC,19” Health Minister Eteni Longondo said on Twitter.

The first two deaths in sub-Saharan Africa were announced in Burkina Faso on Wednesday and in Gabon on Friday.

The Congolese authorities have not given any information about the deceased, but several media outlets say it was a relative (brother and cabinet member) of a minister, who tested positive.

These rumours reiterate the announcement by Burkina Faso that four ministers have been infected.

“I am a doctor before being a minister. I am concerned about patient confidentiality, I cannot confirm today that a member of the government or anyone else is sick,” the Minister of Health said Friday evening on UN Radio Okapi.