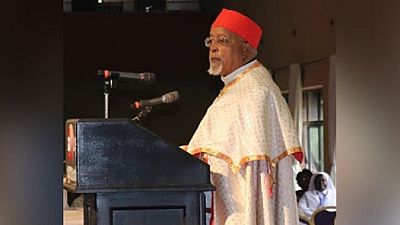 The Catholic Church in Eritrea is demanding answers from the government after a delegation led by the Ethiopian cardinal was blocked from entering the country despite having the necessary entry permission.

In a letter made available to the Vatican News Service and signed by the General Secretary of the Eritrean Bishops Conference, the Church is now seeking answers from the Eritrean Government.

“On 22 February 2020, on the occasion of the Golden Jubilee and Patronal feast of the Cathedral Church of Kidanemhret, the Seat of the Metropolitan Archbishop, in Asmara, our illustrious (Ethiopian) guests -His Eminence Cardinal Berhaneyesus Demerew Suraphiel (and his entourage) – upon arrival at the airport of Asmara for the celebrations mentioned above, were denied permission to enter our capital city.

We, hereby, wish to express our deep regret for this most unfortunate incident, whose reasons we have, so far, no means of comprehending.

“We, hereby, wish to express our deep regret for this most unfortunate incident, whose reasons we have, so far, no means of comprehending,” the letter read in part. The visitors had to spend the evening of February 22 at the airport before returning to Addis Ababa the following afternoon.

Other members of the entourage were: His Excellence Abune Mussiè Ghebreghiorghis Uqbu, Bishop of Emdeber (Guraghe), and the (Very) Reverend Abba Teshome Fikre Weldetensaè, General Secretary of the Catholic Bishops Conference of Ethiopia.

The government has been mute over the Church’s demand so far. Neither has Asmara confirmed or denied that the order to deny the clerics entry was from the corridors of power.

Although the Catholic Church is one of four Churches officially recognised by the Eritrean Government, relations between the State and Churches are at an all-time low.

Last year, saw the Eritrean Government unilaterally seize seven schools belonging to Catholics, Muslims, and the Lutheran Church. The Government also confiscated all Catholic health facilities and in some cases including convents situated on hospital grounds.