Held in the northernmost part of the UAE, the emirate of Ras Al Khaimah translates from Arabic to mean “the top of the tent”, and its flagship arts festival runs until April 20th. 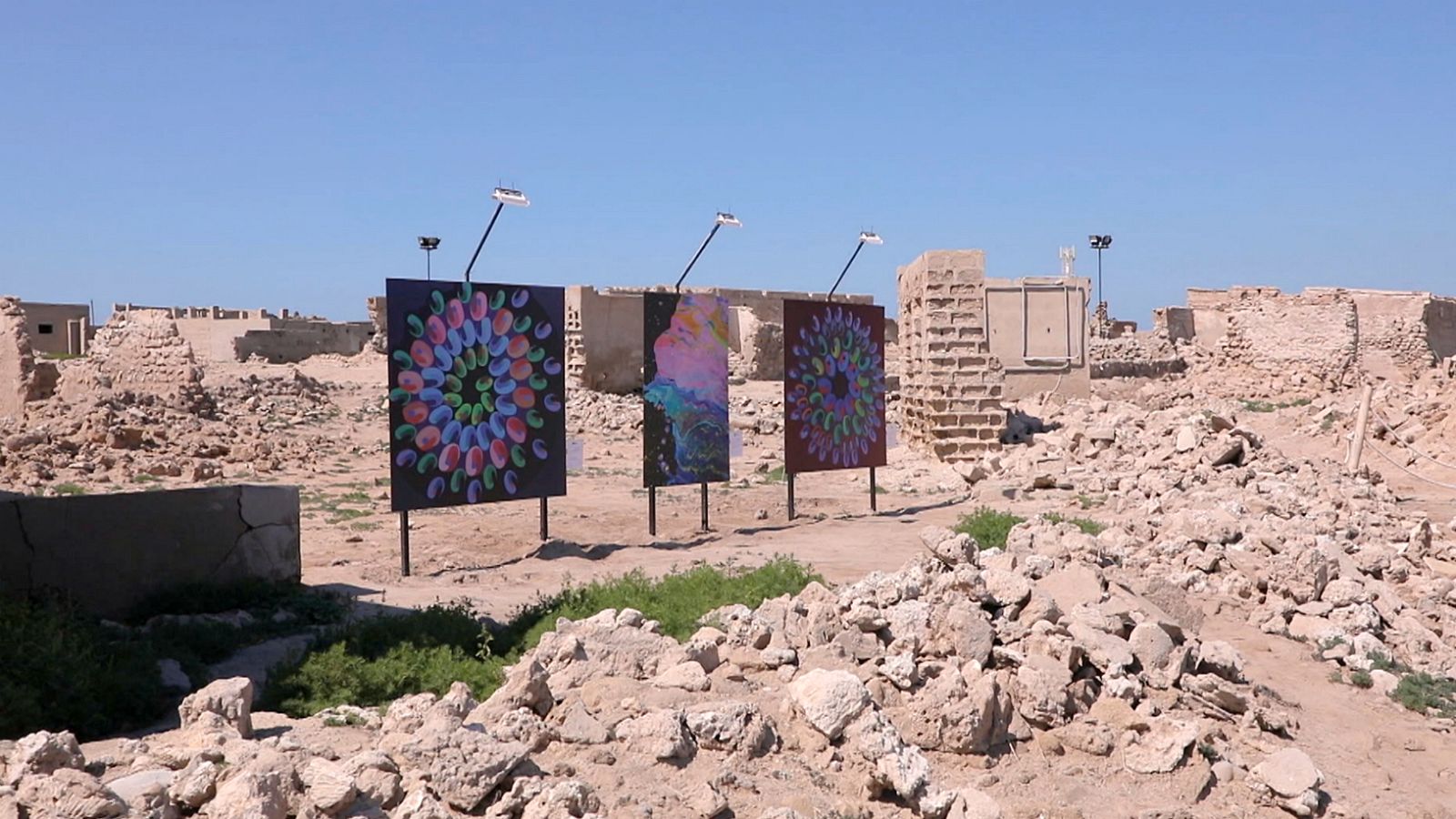 Ras Al Khaimah’s scenic beaches and imposing mountain range have provided a dramatic backdrop for the event since 2013, and the festival is aimed at elevating and enriching the cultural development of the emirate.

The RAKFAF two-month long calendar of initiatives includes workshops, screenings, walking tours and exhibitions, and the newest chapter in the festival’s history is a large-scale outdoor gallery of more than 100 pieces from 33 countries.

It is situated in an abandoned pearling village from the 1960’s, called Al Jazirah Al Hamra, and visitors are free to explore its traditional homes, constructed from stone, seashells and millions of coral pieces. 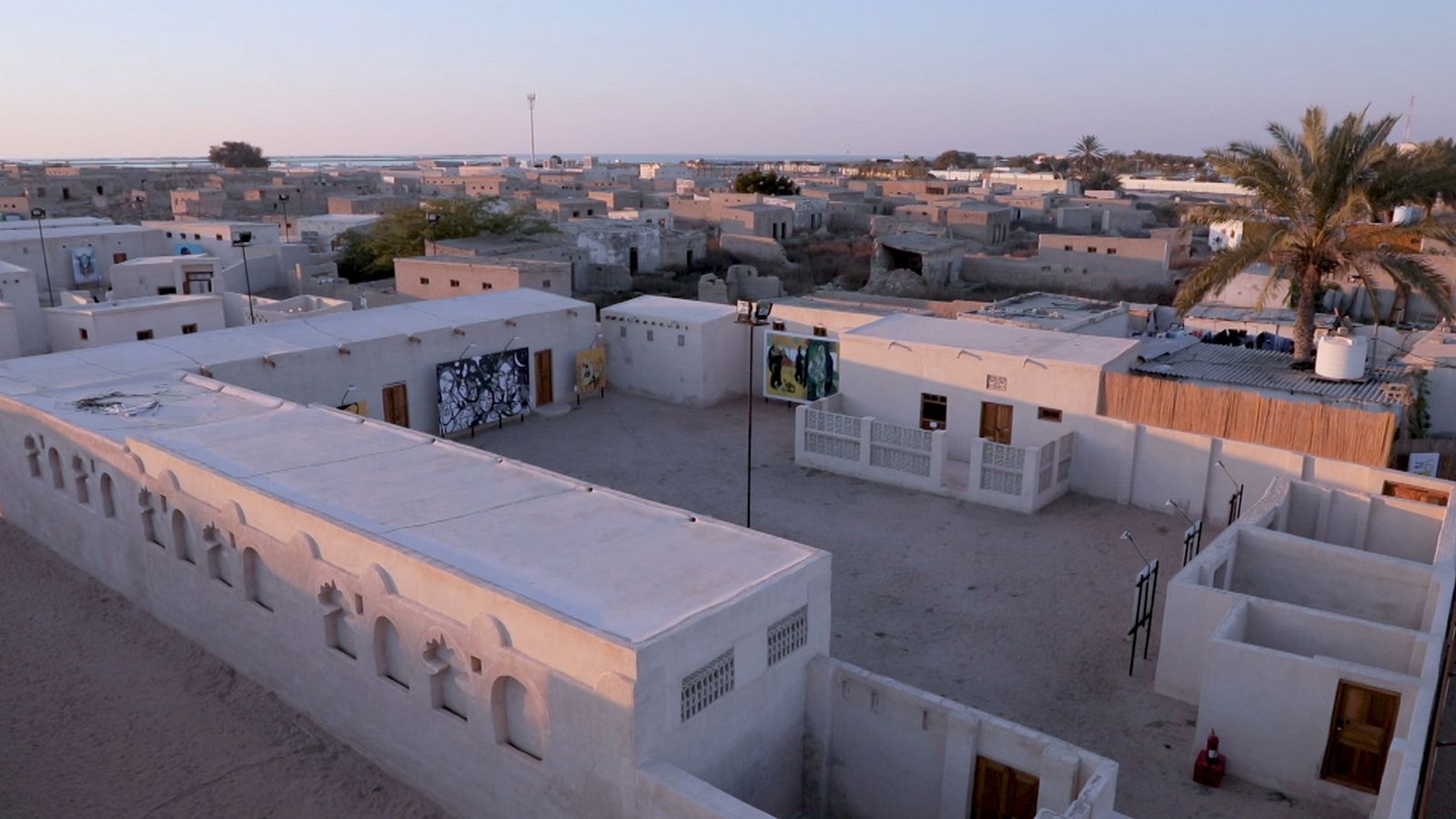 “We see an incredible percentage of submissions every year, especially from local artists and those from the GCC in general,” he told Rebecca McLaughlin-Eastham. “So, we think that we have to be a support, a bridge, between the artist and the audience.”

Bin Bisher went on to explain how the visual and creative arts played into an important far-reaching strategy of the coastal emirate.

“The movement of the arts in the UAE has become a very important subject,” he said. “First of all, touristically-wise, this [art] attracts a lot of people – especially if I would talk about Ras Al Khaimah. These wonderful unique buildings, the heritage, and imagine if you put art in between those things. You’re going to create such a wonderful scenery for the visitors, the Emiratis and the younger generations.” 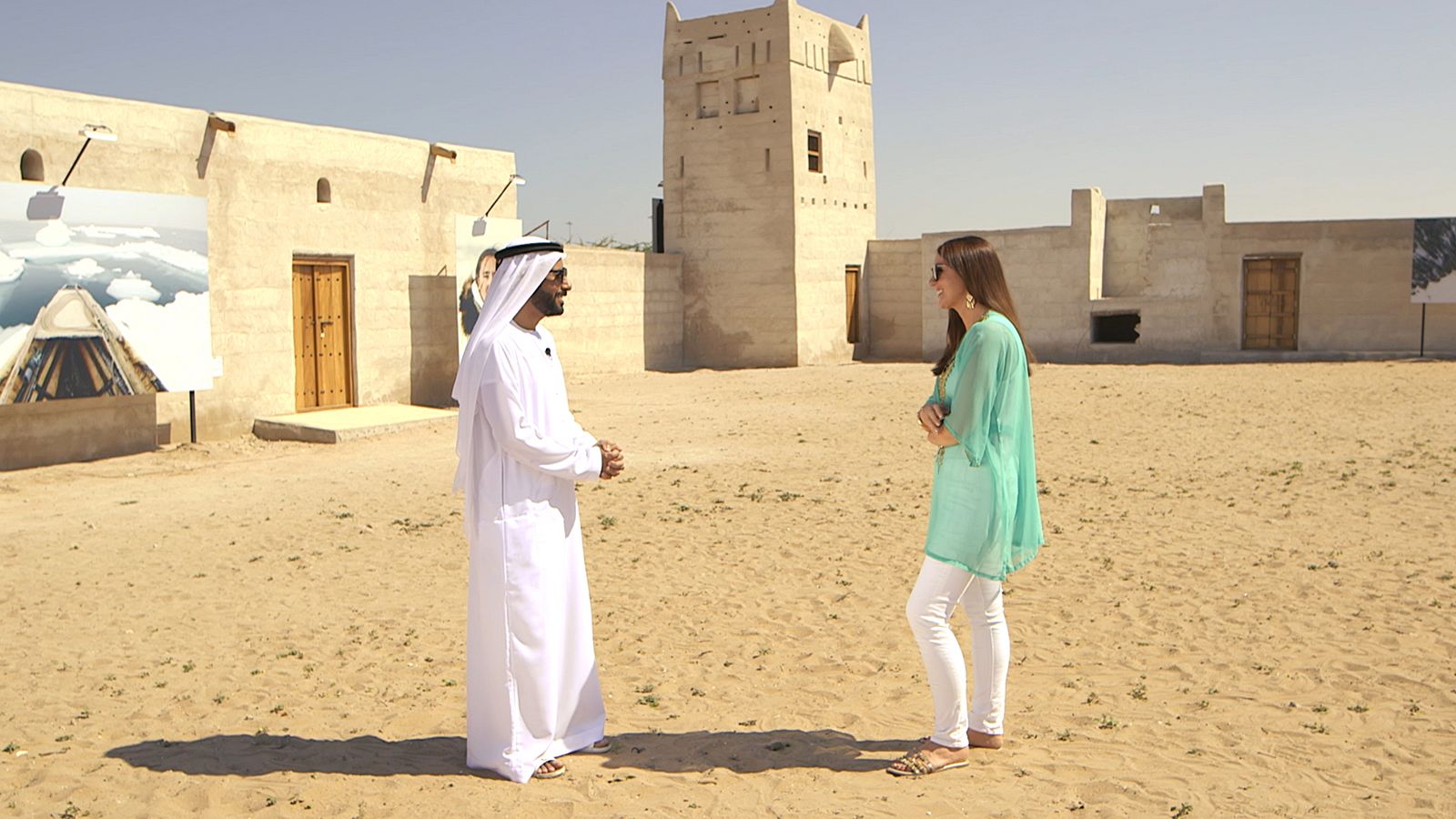 Interpreting this year’s theme of ‘Connected Communities’ was Emirati installation artist Nessa Al Shehhi, whose interactive piece was titled “Who am I?”.

Placing bark from palm trees in one container and local sand in another, she encouraged visitors to put the materials in one of three standing boxes, depending on their mindset.

The perspex boxes were labelled: ‘I Am Neutral’, ‘I Am One-Sided’ and ‘I May Disagree, But I Respect You’.

Most people opted for the vessel marked ‘I Am One-Sided’ and ‘I May Disagree, But I Respect You’. 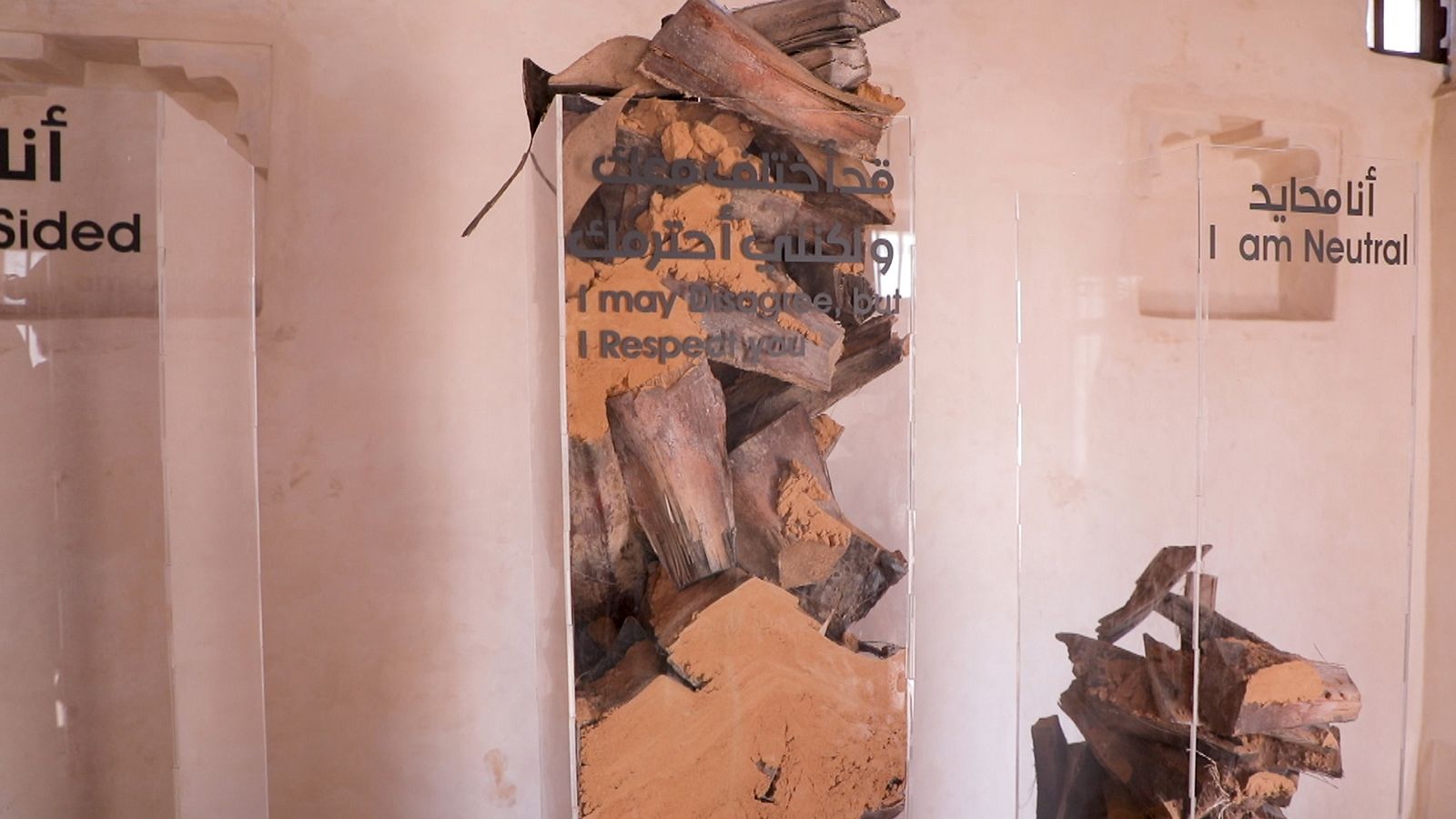 Nessa Al Shehhi’s interactive art piece, named “Who am I?”

Al Shehhi told Inspire that she wasn’t particularly surprised by the way in which people expressed their sense of community and open-mindedness. She added that her inspiration for the piece was the late ruler and founding father of the United Arab Emirates.

“The idea was inspired by Sheikh Zayed bin Sultan Al Nahyan, his and the UAE’s approach to tolerance, accepting others and coexistence,” says Al Shehhi. “Respecting others, even if other people are not coming from same culture of background as we do.”

The young artist, who also holds down a full-time government position in the UAE, spoke of the hurdles she overcame in pursuing her passion for art.

“At the beginning, it was a challenge because art in the region wasn’t very famous,” she says. “So, I had to prove to my family, and society, that art could be a career for us as locals. And there’s a lot of support from the government, and society. They’re understanding and appreciating art more now, if I compare it to ten years ago.”

SEEN ON SOCIAL MEDIA: ART IN THE SUN

Turkish-Bulgarian Eliz, loved how a historical village in Ras Al Khaimah was transformed into an al fresco gallery.