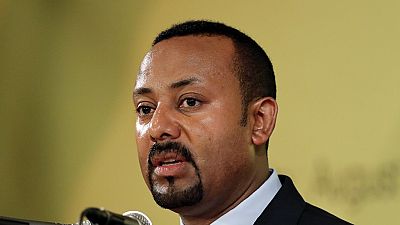 Ethiopia on Tuesday said it would release dozens of high-profile prisoners from jail, including opposition activists held over an alleged coup and other high-ranking government critics.

A spokesman for the attorney general’s office said investigations had been dropped against 63 individuals and they would be released from custody later this week “for the national good”.

“The Ethiopian government hopes to widen the political and democratic space in the country with the freeing” of these individuals, said the spokesman, Zinabu Tunu.

Among those to be released are cadres of the National Movement of Amhara (NAMA), an ethno-nationalist opposition group blamed for attacks last year that the government described as a regional coup attempt.

Hundreds were arrested in the aftermath of the June violence in Ethiopia’s north that left five high-ranking officials dead and heaped pressure on a government struggling to cope with ethnic tensions.

Prime Minister Abiy Ahmed, who had been praised for loosening control in long-authoritarian Ethiopia, and was later awarded the Nobel Peace Prize, was accused at the time of using the violence as a pretext to jail critics.

NAMA chairperson Belete Molla said their officials should never have been incarcerated in the first place, and welcomed the announcement of their release.

“We consider their imprisonment a politically-motivated act intended to weaken Amhara nationalism,” he told AFP.

Among others scheduled for release are activists from the Sidama ethnic group, which voted in November to form their own regional state after a long campaign for more autonomy.

Biniam Tewolde, a former deputy director of Ethiopia’s cyber intelligence agency INSA, who was jailed in 2018 for corruption, is also among those to be pardoned, his lawyer Haileselassie Gebremedhin told AFP.

Critics have accused Abiy of authoritarian tendencies, including locking up opponents, even as he embarked on sweeping reforms to foster a more open political and media environment.

Ethiopia is scheduled to hold elections in August and Abiy hopes to secure a mandate to pursue an ambitious agenda of political and economic reform.

But opposition parties and civil society organisations have questioned whether the elections will be peaceful and credible.

Ethnic violence has persisted since Abiy was appointed in 2018 following several years of anti-government protests.

Nearly 30 people were injured Sunday in an explosion at a pro-Abiy rally in Ambo, roughly 100 kilometres (60 miles) west of the capital, Addis Ababa.