As one of the world’s biggest celebrations draws nearer, Brazil is showcasing all its carnival forms.

In the city of Paraty, near Rio, revelers apply mud to their bodies and dance in a cloud of smoke. It’s the mud carnival, the “Bloco da Lama”.

“This represents the culture, traditions and joy of our people. And in the face of the water crisis we are facing in Rio de Janeiro, it is a protest today to participate in the Bloco da Lama”, Nurse Adriana Rafael said.

In addition to cleaning the skin, which is very good, it also brings happiness to the soul.

It all began in 1986 when teenagers playing with mud inspired pioneers of the carnival to the point where the practice became a traditional event in the historic city.

“I think twenty years ago, three guys without fantasy decided to dive and go out in the historic center and it was quite successful and then the next year there were more people after more, more and it became this block. Its size is gigantic”, Metal structure designer, Thiago Viana said. 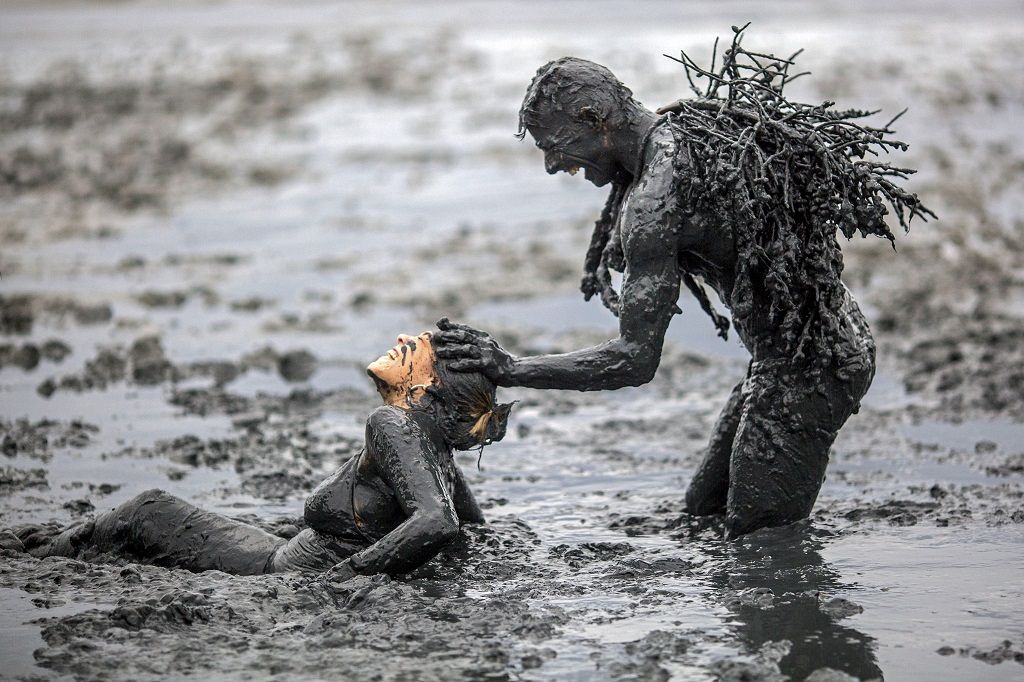 The tradition attracts more and more tourists as over 30,000 revelers have come to Paraty to take a mud bath.

“In addition to cleaning the skin, which is very good, it also brings happiness to the soul. You come with your family, everyone laughs, everyone has fun, everyone gets a little dirty and we share things, we go out on the parade and everyone knows each other and becomes friends. Like a family, it’s the day of the year when we all become one family”, Businessman, said.

For several days now, Rio has been plunged into carnival fever. No less than 2 million revelers have taken part in processions with parties rocking the streets throughout the weekend, including fairy-tale and life-size performances to the delight of onlookers.