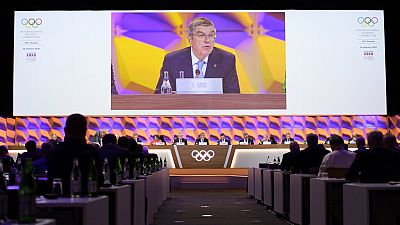 The President of the International Olympic Committee received the original manuscript of the Olympic Games manifesto drawn up in 1892 by Pierre de Coubertin.

The document was given to him by Russian billionaire Alisher Ousmanov, President of the International Fencing Federation. The Russian acquired the manifesto for 8.8 million euros at an auction in New York last December.

Thomas Bach, IOC president speaking at the event said: “It is a day of great emotion because today we receive, at home, the founding document of the Olympic Movement and the Olympic Games.

The businessman guru, Alisher Ousmanov is interested in sports and keen about Russia’s concerns with the World Anti-Doping Agency, WADA.

In December, he denounced the WADA move against the “lynching” of his country, excluded for 4 years from the Olympic Games.