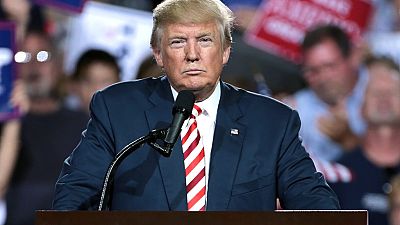 In the latest immigration control measure, the United States said Thursday it would no longer issue temporary visitor visas to pregnant women seeking to enter the country for so-called “birth tourism.”

In announcing the rule change, which takes effect Friday, the White House said foreigners were using the visas “to secure automatic and permanent American citizenship for their children by giving birth on American soil.”

“The integrity of American citizenship must be protected,” it said in a statement.

The integrity of American citizenship must be protected.

Calling the practice “a glaring immigration loophole,” the White House argued the crackdown on “birth tourism” was for public safety and national security as well as immigration control.

“The birth tourism industry threatens to overburden valuable hospital resources and is rife with criminal activity, as reflected in federal prosecution.”

The US constitution guarantees automatic American citizenship to anyone born on US soil.

US President Donald Trump has made restricting immigration a top priority of his administration, and has threatened in the past to abolish birthright citizenship.