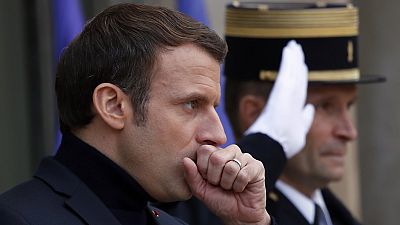 French and West African heads of states paid tribute Monday to French soldiers killed in Mali, in a symbolic ceremony ahead of a summit aimed at fighting escalating extremist attacks in Africa’s Sahel region.

Leaders of Mali, Burkina Faso, Chad, Niger and Mauritania have joined French President Emmanuel Macron to discuss security issues at the summit in the southern French city of Pau.

The summit comes as Niger said the death toll from an attack by Islamic extremists on its military last week rose to at least 89, making it the most deadly attack of its kind in years in the country.

France is preparing its military to better target Islamic extremists in the Sahel region. But first, French President Emmanuel Macron is asking African heads of state to answer a key question: “Do you want us there?”

Macron hopes to counter anti-French sentiment that has bubbled up amid frustration over the extremist attacks that killed thousands of people last year alone.

France, which once colonized much of West Africa, has some 4,500 troops in the sprawling Sahel region and has been accused by some residents of failing to stabilize it. Some in Mali, which has struggled for close to a decade with extremism, have protested the French presence.

Macron wants the summit to help re-legitimize the French operation in the Sahel by sending a strong joint message. A declaration is expected in which France and the African nations vow to fight extremism by military and political means.

In recent weeks, Macron has found himself on the defensive. In a visit last month to Ivory Coast, he rejected accusations that France’s involvement in the region is motivated by imperialist or economic purposes.

“I don’t belong to a generation that has known colonialism,” the 42-year-old said.

Macron promised to continue the fight against the extremist groups linked to al-Qaida and the Islamic State group that are pushing south from the arid Sahel into more populated areas, worrying the tier of coastal West African countries including Ivory Coast.

But the French leader added: “We need to define much more clearly the military, political and development objectives for the next six, 12 and 18 months.”

A united effort is crucial, he said, and the French need to know their troops are welcome.

An adviser to Macron, speaking anonymously in accordance with the French presidency’s customary practice, said France wants its troops to focus on the porous border separating Mali, Niger and Burkina Faso where extremist fighters flow with little challenge.

Macron’s adviser didn’t rule out a reduction in the number of French troops in the area if the military and political situation doesn’t improve in the next six months. But “this is not the favorite scenario,” he said.

Macron called the summit with West African leaders following a helicopter collision during a combat operation in November that killed 13 French soldiers fighting Islamic extremists in Mali near the Niger border. It was France’s worst military loss in nearly four decades.

The six heads of state attended Monday’s ceremony, where 7 the French soldiers who died were based.

Initially scheduled for December, the summit was postponed after a Dec. 11 attack by Islamic extremists that killed at least 71 soldiers in Niger, the deadliest such assault against Nigerien troops.

Since that attack, France has carried out its first armed drone strike, killing seven extremists in Mali. Another French military action killed 33 extremists in central Mali.

The French military operation, France’s largest overseas mission, enjoys broad support at home. France intervened in Mali in 2013 after extremists seized control of major towns in the north and implemented a harsh version of Islamic law. The fighters were expelled but have since regrouped.

The French summit is expected to call for broader international support for counterterror efforts in the region where the U.N. envoy for West Africa and the Sahel, Mohamed Ibn Chambas, last week said public confidence has been shaken by the “unprecedented terrorist violence.”

The attacks have increased five-fold in Burkina Faso, Mali and Niger since 2016, with over 4,000 deaths reported in 2019 compared with an estimated 770 deaths in 2016, Chambas said. 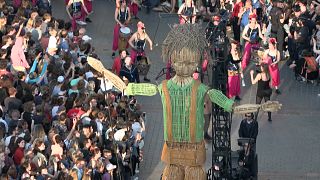