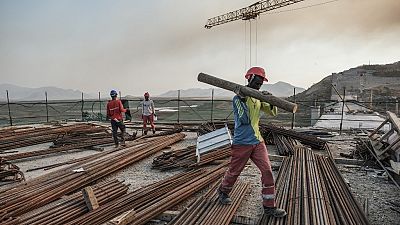 The stalemate over Ethiopia’s ambitious construction of a dam on the Nile river has persisted even after four rounds of talks between Ethiopia, Egypt and Sudan.

A final round of talks was held in Ethiopia’s capital Addis Ababa this week and ended on Thursday without an agreement.

The two days of negotiations of top officials from the three countries were hoped to reach agreements on technical issues related to the $4.6 billion dam that Ethiopia is building along the Nile River, which flows into Sudan and Egypt.

We have narrowed our differences on many other issues, including the drought mitigation strategy.

“The Egyptian delegation came up with a new matrix for the dam filling process,” Sileshi Bekele, Ethiopia’s Minister for Water and Energy, told reporters.

He said that Egypt asked Ethiopia to extend the time it takes to fill the dam from 12 years to 21 years.

“This was not acceptable to us at all. I don’t think the Egyptian delegation was in a spirit of reaching an agreement when they came here for this meeting,” said Bekele.

Egypt wants the dam to be filled more slowly in order to reduce the restriction on the flow of the Nile through Egypt, which depends on the river for the irrigation of its agriculture.

The Ethiopian minister disclosed that his country will nonetheless start filling the dam in July 2020 at the start of the country’s rainy season.

“We have narrowed our differences on many other issues, including the drought mitigation strategy,” he said.

However, he complained that the Egyptian delegation had an attitude that “this dam was not necessary for Ethiopia.”

The water and energy ministers from the three countries are now expected to meet in Washington D.C. on Monday to report on the progress they made so far. The United States and The World Bank are observers to the talks.