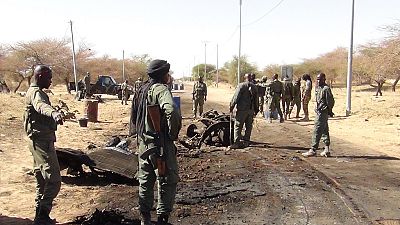 Mali’s armed forces say five soldiers were killed and four others were wounded when their convoy was bombed near the border with Mauritania.

Four vehicles were also destroyed in the attack by extremists Monday in Alatona, according to a statement. Col. Maj. Diarran Kone said an investigation has been opened into who staged the attack.

Islamic extremists took over Mali’s north in 2012. France, Mali’s former colonial ruler, led a 2013 military operation that ousted them from their urban strongholds. Since then, however, the extremists roam through the open, desert areas of northern Mali.

Mali’s military has failed to stem the violence despite support from the French and a United Nations peacekeeping mission.