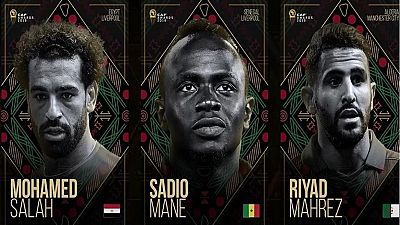 In three weeks, the best African football players for the year 2019 will be revealed at the annual Confederation of African Football (CAF) Awards.

CAF on Sunday revealed the top three contenders in each category with Liverpool pair Sadio Mane and Mohamed Salah, plus Riyad Mahrez from Manchester City, making it to this year’s African Footballer of the Year award shortlist.

Senegal talisman Mane will be the favourite for the award ahead of his Egyptian club mate after Liverpool won the Champions League. However, he faces stiff opposition from Mahrez, who won the Premier League with City and also captained Algeria to the Africa Cup of Nations title in mid-year.

The nominees were selected by a panel of technical experts from the Confederation of African Football plus former players and media.

The coaches and captains of the 54 African national teams will now vote for the winner, to be announced on Jan. 7 at a ceremony at Hurgada in Egypt.

The award winners for each category will be announced during the CAF Awards ceremony on Tuesday, 7 January 2020, at the Albatros Citadel Sahl Hasheesh, Hurghada, Egypt.

Cameroon’s Ajara Nchout, Nigeria’s Asisat Oshoala and South Africa’s Thembi Kgatlana are the top contenders in the women’s player of the year category.

All football loving fans across the continent can vote for the Goal of the Year at the CAF website, choosing from a spectacular list that includes Amanda Mthandi’s goal for South Africa against Zimbabwe in the 2019 COSAFA Women’s Championship.

Other contenders for best goal include Mahrez’ stunning freekick against Nigeria at AFCON.

READ MORE: Vote for CAF Goal of the Year 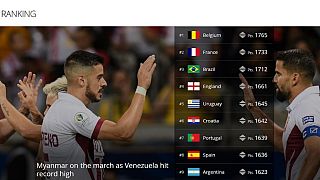 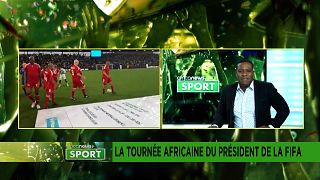 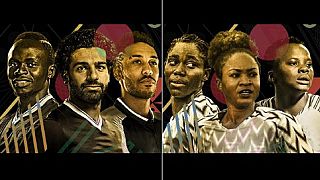