Its specifics indicated that it was a 5.5 (magnitude) earthquake, 90km E of Santo Antonio, Sao Tome and Principe. It also had a depth of 10km.

“We felt a small tremble in Libreville today at about 16:30. It was due an earthquake about 80km east of Principe on the Sao Tomé Mt Cameroon fault.

“It is very unusual and scared quite a few people but is nothing to worry about:” Lee White, Gabon’s Minister of Forests, Oceans, Environment and Climate Change confirmed in a tweet.

Gabon’s Forests, Oceans and Environment Minister confirms reports of earth tremor in Libreville
- An effect of earthquake in Sao Tome e Principe
- USGS confirmed the incident
- Magnitude of 5.5 with depth of 10kmafricanews https://t.co/0CiLBzzzks 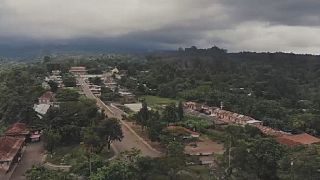