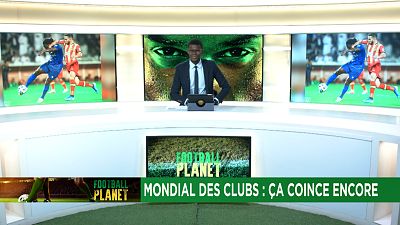 Almost becoming a site seeing affaire for African teams at the Fifa wolrd club championships, Esperance of Tunis played a single game and where ousted. As the case was last year, the African champions were beaten in the quarter-finals by Asia’s Al Hilal of Saudi Arabia this time. No African team has reached the last four since 2013.

Also a review of the verdict in favour of CAF in its dispute with Lagardere Sports over a media and marketing contract. A case that is probably far from over and that we are talking about with the journalist and sports marketing consultant, the Cameroonian Frank Ghislain Onguéné.

And finally, we will come back to the draw for the last 16 round of the European Champions League held this Monday in Nyon, Switzerland. Old rivalries ignited, explossive revenge opportunities and history making life lines for others, these and more right after the break.