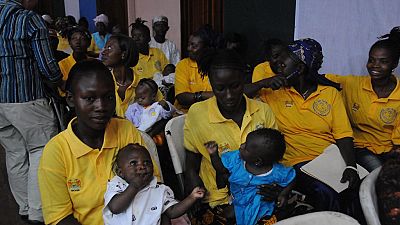 A West Africa regional Court has ruled that the Sierra Leone government has infringed on the rights of pregnant school girls since 2014 by barring them from attending mainstream public schools due to their condition.

The Economic Community of West African States, ECOWAS Court, sitting in the Nigerian capital Abuja thus ordered the government to reverse the special but downgraded schools that it had opened for these girls after initial criticism.

What are the major planks of the ruling?

According to the coalition that championed the cause of the schoolgirls, the discriminatory government policy dates back to 2014. All efforts to get the authorities to reverse it proved futile hence the resort to file a case against government in 2018 in the ECOWAS court.

The policy started under the Ernest Bai-Koroma government and was continued by the current Julius Maada Bio administration that came into office in 2017.

WAVES, Child Welfare Society, Equality Now and Institute for Human Rights and Development in Africa IHRDA filed the case against the Sierra Leone Government in May 2018.

Amnesty International who were Amicus Curiae (friend of the court) in the case were also present at the judgment reading.

What some key players said of the ruling

Speaking in Abuja at the sidelines of the judgment reading, Miss Hannah Yambasu Executive Director Women Against Violence and Exploitation in Society (W.A.V.E.S) said she was overjoyed.

“This victory belongs to the girls in Sierra Leone who have been degraded and dehumanized because of their status since 2014. Now our government in Sierra Leone has no option but to comply with their obligations as declared by the Court.”

Ms Judy Gitau, Africa Regional Coordinator at Equality Now was also at the court as the agent of the girls and was excited by the outcome of their case.

“This is a great victory!!! Finally the girls have had their day in court and have emerged victorious. The ECOWAS court has given them their voices back and by that a chance at life again.”

Sexual violence remains widespread in Sierra Leone with women and girls, who constitute more than 50 percent of the population, bearing the brunt of these violations.

In 2018, the Family Unit of the Sierra Leone Police recorded 8,505 rape cases including 2,579 cases that involved minors.

Admittedly, many more went unreported owing to the existing gaps in the country’s reporting systems as well as stigma and shame that is associated with this violation. The situation became so dire that the Head of State declared rape a national emergency in 2019.

A trend across some African countries

Sierra Leone is not alone in using bans to block pregnant schoolgirls from attending school. In East Africa, Tanzania is notorious for employing a similar policy.

President John Magufuli has been very clear that his government was not going to allow such girls to attend school because of the moral impact of their situation on others.

He is quoted in 2017 to have said at a public rally west of the capital, Dar es Salaam, that it was untenable for a pregnant girl to focus on studies whiles catering for her newborn.

“After calculating some few mathematics she’d be asking the teacher in the classroom ‘let me go out and breastfeed my crying baby,” Magufuli said.

He also delivered a message to human rights groups that continue to accuse the government of denying teenage mothers education and thereby stripping them of a basic human right.

“These NGOs should go out and open schools for parents. But they should not force the government [to take back the pupils]. “I’m giving out free education for students who have really decided to go and study, and now you want me to educate the parents?” he posed rhetorically.

In early 2018, five pregnant girls were arrested and police said they were on the hunt for the men that impregnated them.

At the time, the president had reinforced the pregnancy ban and added that men responsible for the acts should also be given jail terms so that they can put their energies to good use while serving time.

Zambia was also classed in the same category of having an adversarial posturing towards pregnant girls and young mothers but the president Edgar Lungu dismissed the claims saying his administration was committed to the education of all.