Abiy praised the Eritrean leader early in his address after receiving the 2019 Nobel Peace Prize on Tuesday at Oslo’s City Hall. The Ethio-Eritrea peace deal was a key plank of the decision to award him the award.

The Premier was announced winner of the prestigious prize in October for his peacemaking efforts, which ended two decades of hostility with Ethiopia’s longtime enemy Eritrea. 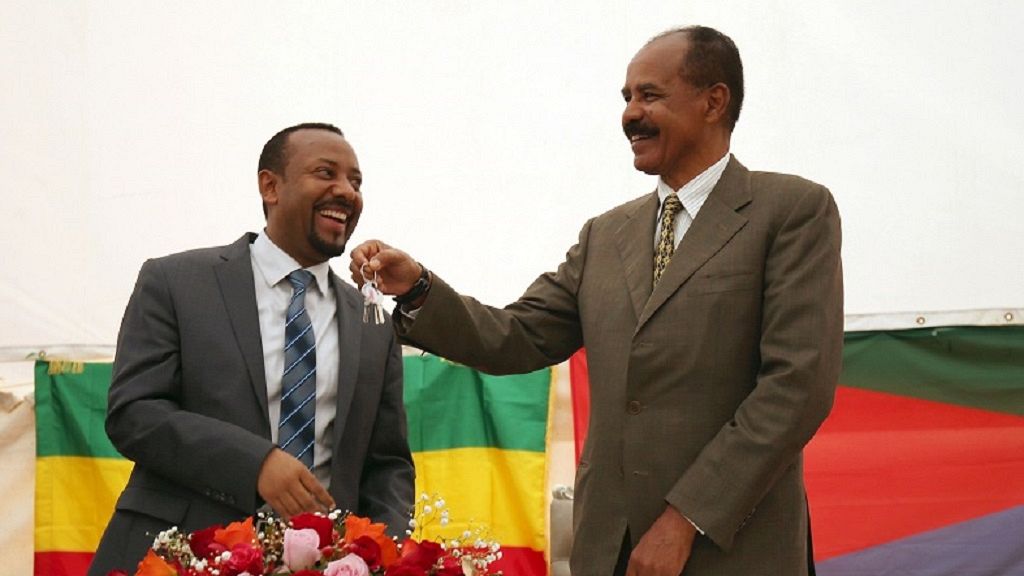 Speaking on issues in the Horn of Africa region, Abiy said that militant groups and global military powers both pose a threat to peace and stability in the region.

“The Horn of Africa today is a region of strategic significance. The global military superpowers are expanding their military presence in the area. Terrorist and extremist groups also seek to establish a foothold. We do not want the Horn to be a battleground for superpowers.”

Despite the peace efforts, Abiy has faced criticism over his attempts to impose unity – including forming a single national political party.

Eighty six people were killed during protests in October against the treatment of a prominent activist, while 409 people were detained over the unrest.