It’s a low-rise, undulating architectural space, designed to be a place where mentors, students and employees between 15 and 35 years of age, can meet, work and exchange ideas.

The centre houses a library, a music room and theatre, plus ergonomic meeting rooms to hothouse homegrown business concepts and foster innovation in the UAE’s youth.

There’s also a workspace concept called ‘The Incubator’, where aspiring entrepreneurs can brainstorm with established heads of industry, building their startups in the early stages. 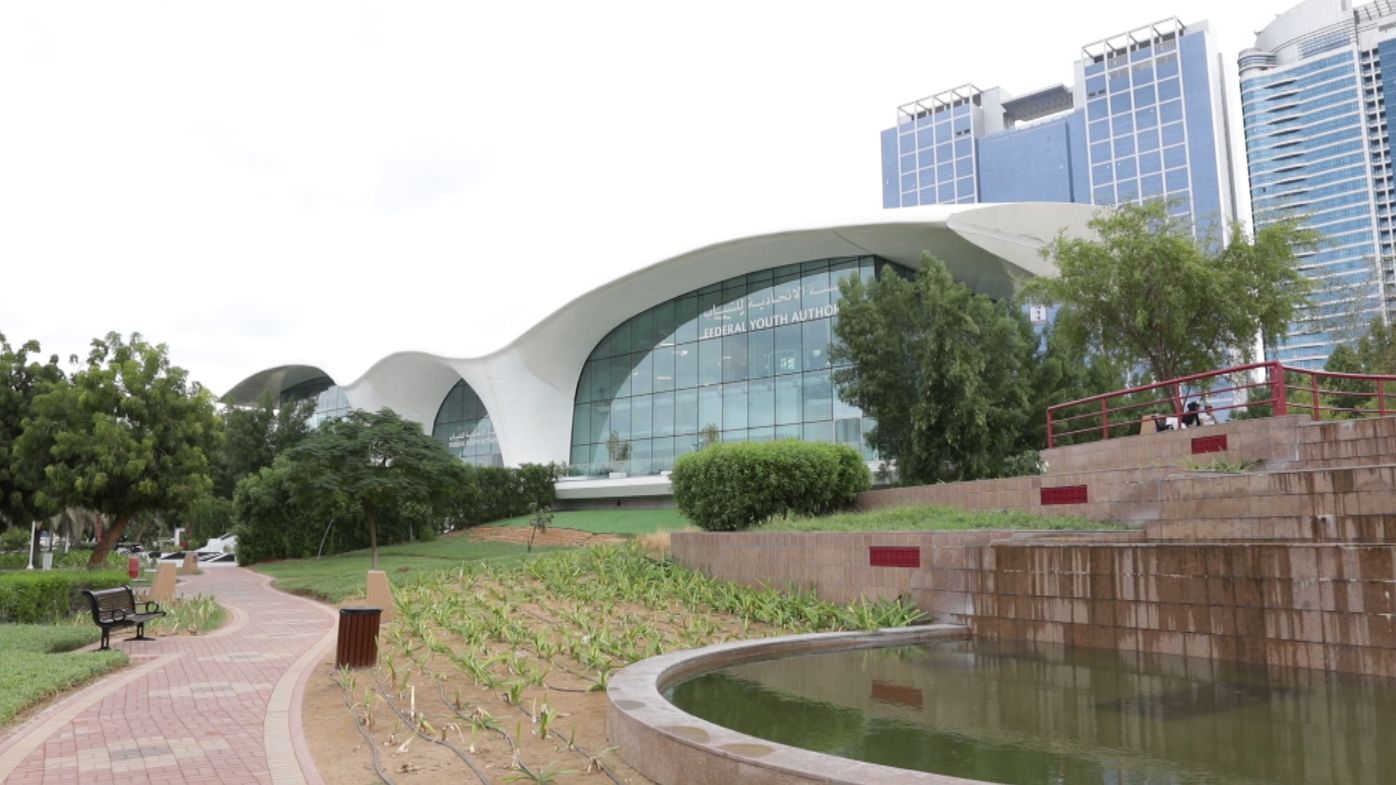 This year, the Arab Youth Survey discovered what more than 3,000 Arabs in 15 countries and territories had to say about their future.

In terms of employment, a majority of those surveyed said it was the government’s responsibility to provide jobs, healthcare and housing to citizens. 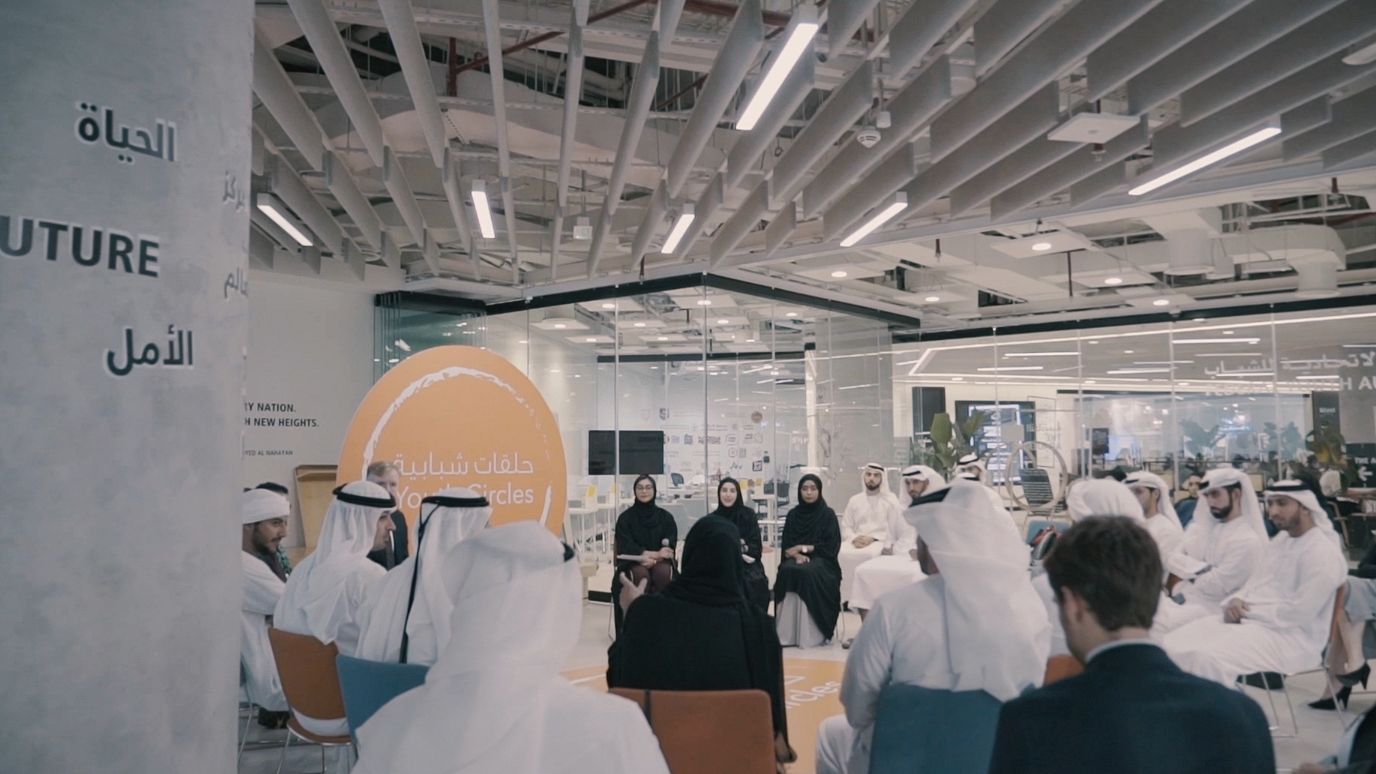 Young people gather in the UAE

As for where the majority of young Arabs would like to live in the Middle East and North Africa, the UAE held on to its number one ranking for the eighth year running.

To find out more, Inspire Middle East’s Rebecca McLaughlin-Eastham met with the UAE’s Minister of Youth, who became the youngest ministers in the world when she assumed the position in 2016.

Her Excellency Shamma Bint Sohail Al Mazrui, is a graduate of Oxford University and is the UAE’s first Rhodes Scholar. Prior to joining the government in her ministerial role, she worked for one of Abu Dhabi’s Sovereign Wealth Funds. 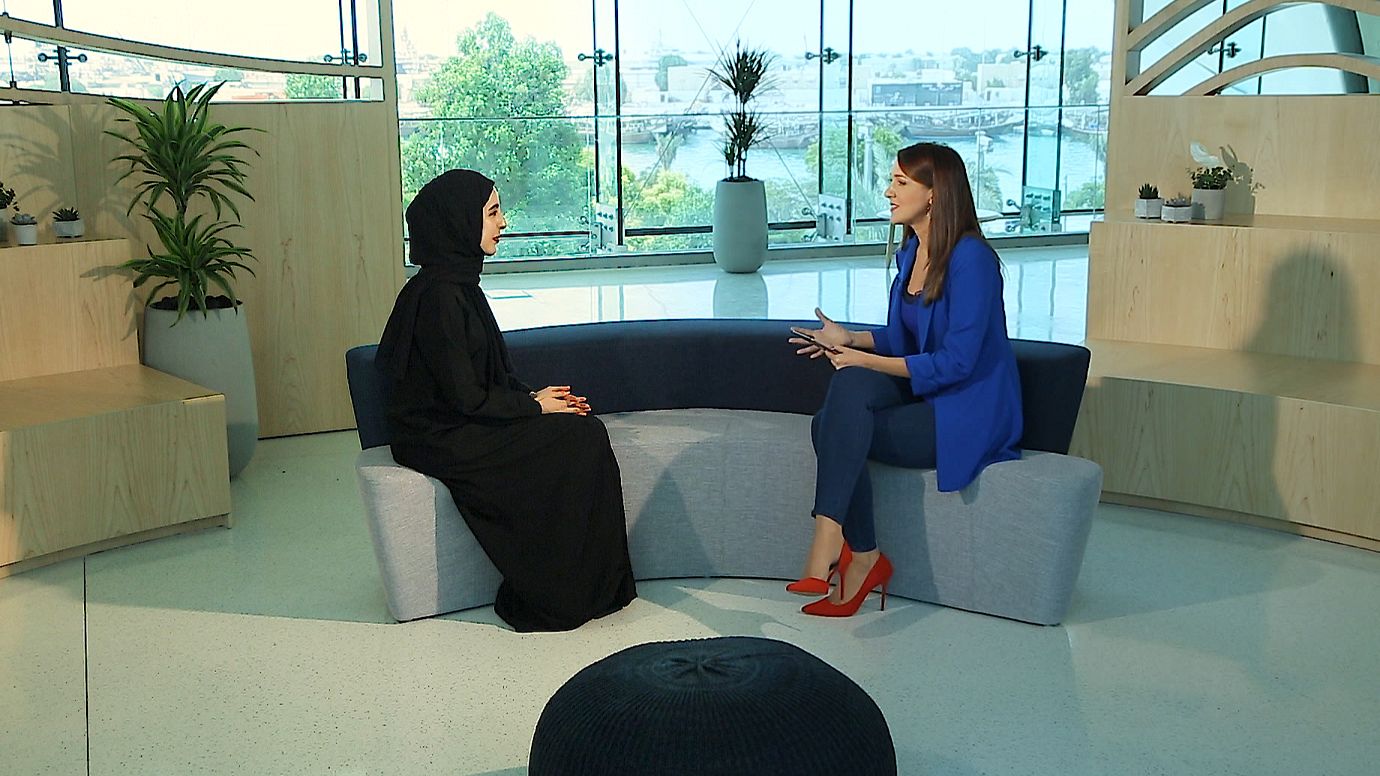 Rebecca McLaughlin-Eastham: Tell me a little bit about where we sit?

Shamma Bint Sohail Al Mazrui: You are in the Abu Dhabi Youth Hub, which is the first Abu Dhabi youth center, and it’s focused on maximizing the potential and passion of young people. It’s all about harnessing talent, by creating different spaces that can empower, whether you’re an entrepreneur or whether you’re an artist.

Rebecca: You came to your current role aged 22. What was the biggest challenge in assuming such a position at that age?

Shamma Al Mazrui: I think the challenge was to figure out what kind of disruption we could do to the youth sector that’s already been in place for ages. What can we do for young people? One, we have the youth bulge – with more than 60 percent of the population around the MENA region under the age of 35 – and in the UAE it’s 50 percent. And I think the main challenge is that in roughly 50 years our country was built by our natural resource and oil – now, the next 50 years, are going to be built by our natural resource which is our human capital – our Emirati youth.

Rebecca: Looking at the 2019 Arab Youth Survey, were you surprised by any of the findings?

Shamma Al Mazrui: I think it didn’t surprise me much, because I can sense from the findings that young people want to hear more from their governments.

And having a Minister of Youth, or a team of young people leading the youth sector, is crucial to understanding radical empathy, and being in the shoes of the youth, and understand their needs, their challenges.

Rebecca: Within that survey, more than 80 percent of respondents said they expected the government to provide a job for them and also housing – even potentially pay off debts. Are these realistic expectations in today’s economic climate?

Shamma Al Mazrui: I think when you look at expectations, those are very important. Or when you look at the future, the future is about jobs. Youth have a restless quest for purpose. I think the expectation, from our perspective, is to make sure that government officials provide young people with a seamless holistic transition in their experience.

Are we, as young people, getting the skills we need to enter the labor market? Or is there a gap? If there is a gap, then we need to work together to fix it. 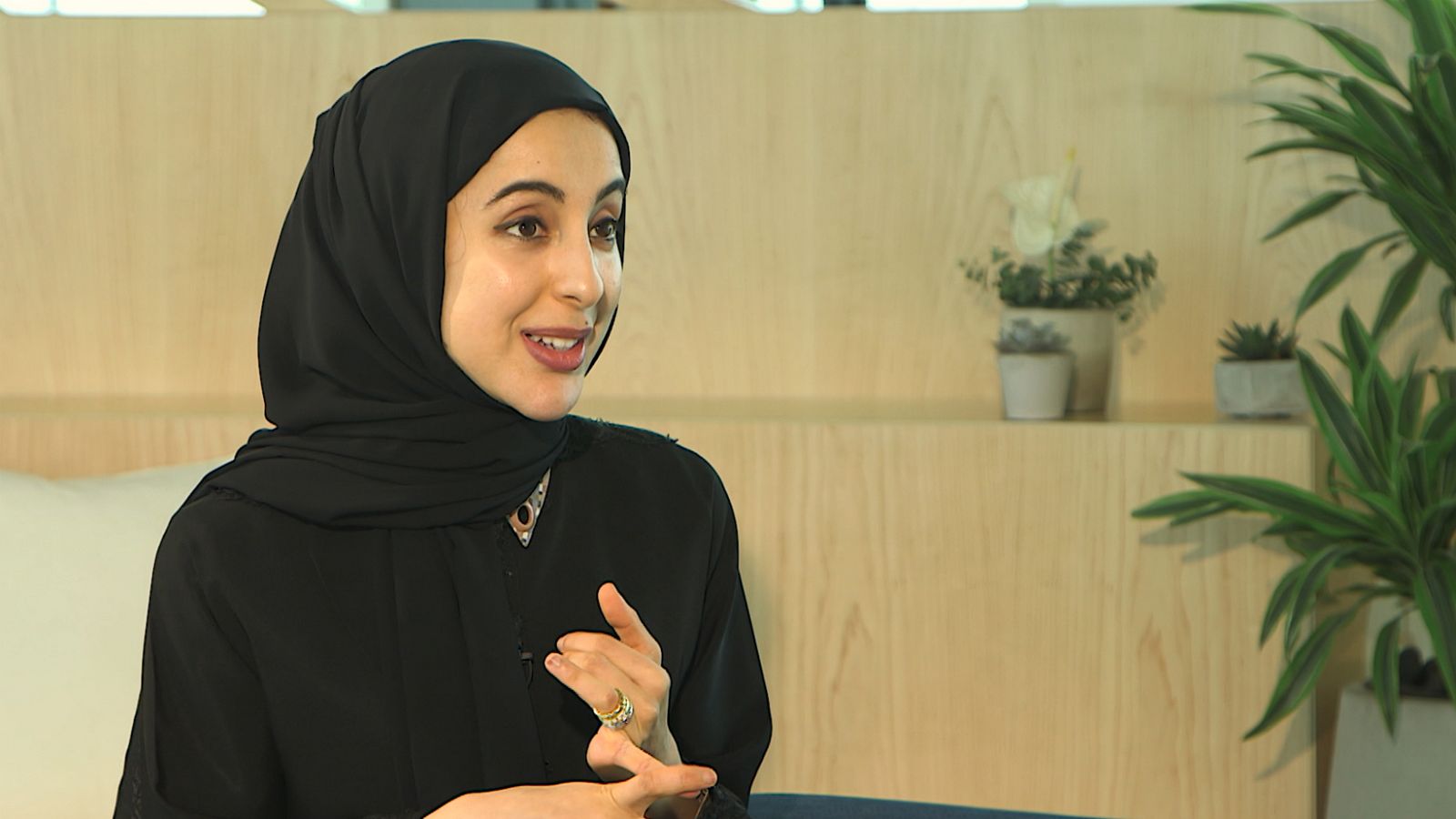 Rebecca: Looking at the UAE, the youth – their empowerment and the fostering of talent here – if we compare that to the wider region, specifically the Levant, how do the challenges compare?

Shamma Al Mazrui: I think one of the main challenges, or differences if I may say, is that maybe some areas of the world don’t see youth the same way that the UAE sees youth. The UAE sees young people as assets, as potential. When you sometimes look around different areas, hopelessness results when youth are not employed. Or apathy results when they’re not seen as assets.

Rebecca: A challenge for the UAE government in recent years has been to encourage more youth to go into the private sector. What initiatives or strategies can you put in place to ensure that happens?

Shamma Al Mazrui: So, what’s very interesting is that there are so many different ministries and authorities working on the idea of encouraging Emiratis in the private sector.

We just launched the Launch Pad, which is a new initiative by Sheikh Mohammed bin Rashid Al Maktoum. The idea is that any youth – just like rockets need a place to launch – we’re creating launch pad spots around the nation; in Dubai Mall, City Walk, Yas Mall – where any young person can go on the website and can sign up and he’ll get a free space for 6 months to open his business.

So, you are removing the cost of rent from young people and you’re helping them focus on what their product is, and which market. And they are in direct contact with their customers, so they’ll get to see if their product is meaningful or can be successful.

Volunteer Asma showed people building upon their experience with Lego at workshops by Sharjah Youth Center.

And Shaikha attended a three-day tech workshop at the Dubai Youth Hub held by an Emirati Youth organisation.